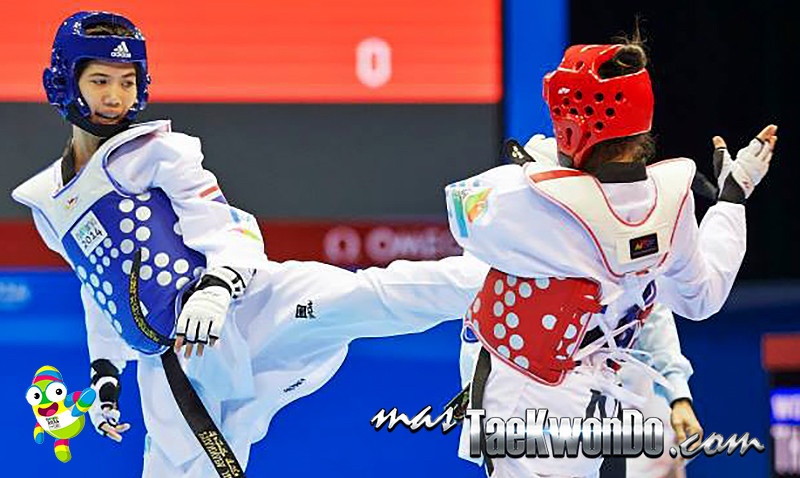 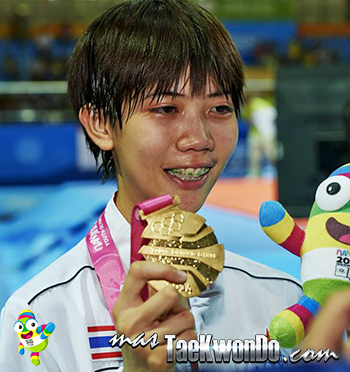 The team’s build-up for the Games held in Nanjing, China, had been overshadowed by controversy after team member Rungrawee Kurasa accused the veteran South Korean coach of physically abusing her at the Korea Open. Although the episode concluded with Rungrawee apologising to Choi, it affected team morale.

With the 17-year-old Panipak earning the country’s first gold medal in the Games, outclassing her Azerbaijani opponent Ceren Ozbek 21-1 in the final of the women’s 44kg division, Pimol finally has reason to celebrate. He believes the historic win is sure to help lift the gloom hanging over the squad. “It’s a huge relief for me that she won. It’s the first gold for the Thai squad at the Games. It met our expectations because she won the qualifying event to secure her berth at the Games.

“She’s one of our medal hopefuls at the upcoming Asian Games as well. More importantly, it helped boost the team’s morale after the well-publicised incident. She’s only 17 so she has plenty of time to get better,”Pimol said of Panipak, whose Youth Olympic Games triumph followed victories at the 2013 US Open, 2013 Youth Asian Championships and Asian Championships earlier this year.

The Surat Thani native has set her sights on the Asian Games in Incheon, South Korea from September 19 to October 4.

“I’m happy to claim the first gold for the country. I want to dedicate the gold to my parents, who have always been on my side. I’ll now devote myself to train harder to give myself a greater chance at the Asian Games,” said Panipak, who jumped into the arms of Choi after her emphatic win in the final.