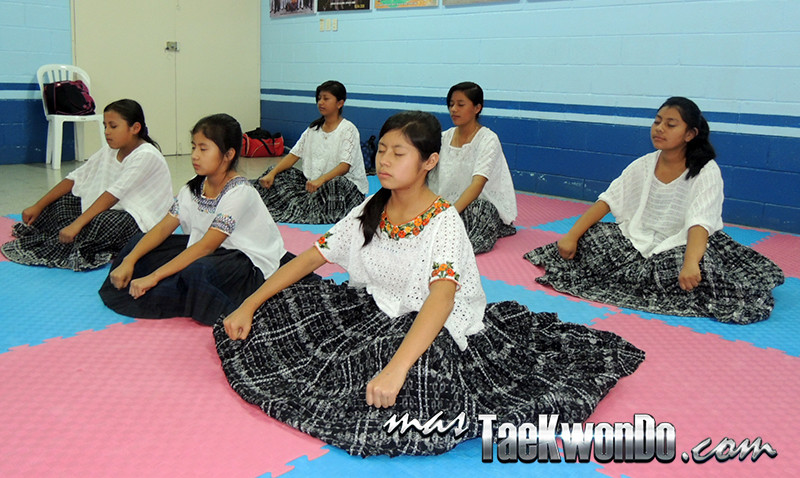 This integrative project was praised for the president of the World Taekwondo Federation, Dr. Chungwon Choue, who sent him to Borello a congratulatory letter stating:

“This is, indeed, a great project to promote taekwondo as a means of combating ethnic exclusion and women discrimination.  I will instruct our office to ensure sharing this great initiative with all member national association within the WTF so that this project can be a role model for other MNAs to learn”

However, we still see situations of inequality; some remain, others were reproduced, and in some cases, we have seen new ones that contrast with the progress achieved so far.

In Guatemala, where even today the conservative society maintains disguised sexism characteristics, the family relationships or the division of time are areas where the road to equality is still long.

In native women, who are our objective group in this project, inequality today is expressed most obviously, because in Guatemala despite that discrimination constitutes a crime under Article 202 of the Penal Code, most women suffer discrimination and native women suffer it in a triple form:  gender, ethnicity and poverty status.

All women suffer discrimination in any aspect and that is why the institutions are obliged to redouble their efforts to create new forms of social action specifically aimed to help socially disadvantaged women.

Discrimination against women not only affects them but also to their families, turning children into collateral victims and this is often overlooked and it is not properly approached, causing problems in the present and in the future.  Presently, there is an absence of public policies to ensure native women ´s integrity and security.

With regard to situations of discrimination that women experience, the sports area is not any different, because we still can find the persistence of negative stereotypes and patterns of inequality that determine the subordinate position of women in the practice of any sport. 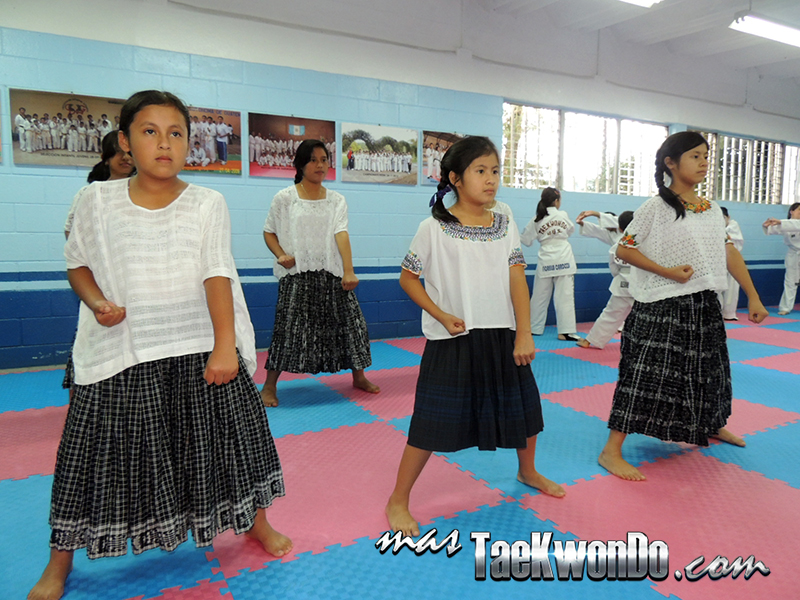 Taekwondo unites us, racism divide us

Taekwondo as an integration tool 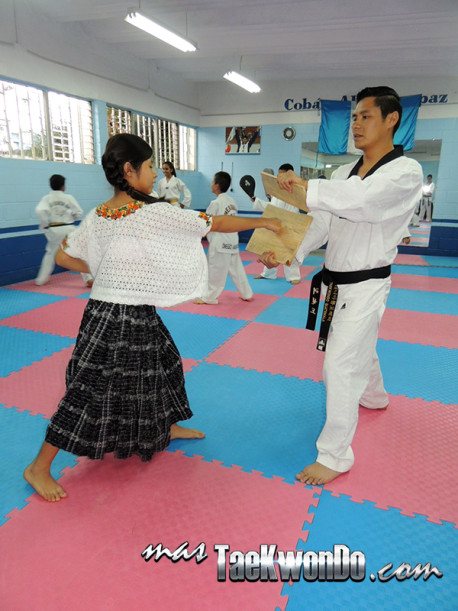 This project is promoted by the Guatemalan Taekwondo Federation as a pilot project in the city of  Coban, Alta Verapaz, located north about 200 km from Guatemala City. It has a population of 915,000 inhabitants, of which 78% live below the poverty line and 43% in extreme poverty. In addition, 87 out of 100 q’eqchie’s (native minority group) living in this department are poor.

The Guatemalan Federation project carried out by coach Dany Coy

aims to create a framework of multicultural coexistence that is expressed through the promotion of Taekwondo among young Q’eqchi ‘ women while bringing debate, not only about the ethnic issue, but another type of discrimination like discrimination based on gender itself. Thus, gender and multiculturalism, united by Taekwondo constitute a mixture that provides a range of options to promote union and give us the opportunity to say no to exclusion in any environment.

“The work of coach Coy is an example and I am proud that he is part of our Federation, as is developing an incredible project” said Maria Borello to masTaekwondo.com.

This project seeks to promote Taekwondo as a means of combating ethnic exclusion and we also seek women´s commitment to work in benefit of multiculturalism through Taekwondo.

We seek that through this project, women can achieve: