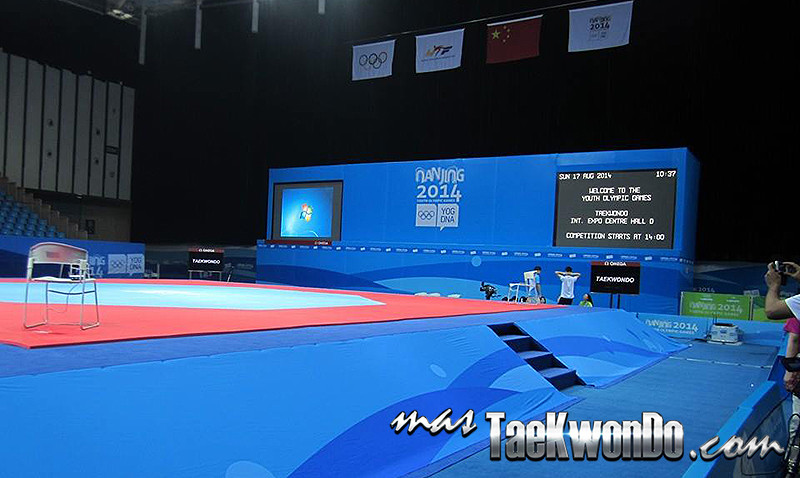 The taekwondo matches will take place at the Hall D of the Nanjing International Expo Center, attracting a total of 100 young athletes from 59 countries. Twenty international referees, 10 males and 10 females, will officiate at the taekwondo competitions.

Of the 100 athletes, born between Jan. 1, 1997 and Dec. 31, 1998, a total of 77 athletes, 39 males and 38 females, earned the tickets to the taekwondo competition through the WTF World Taekwondo Qualification Tournament for the 2nd Summer Youth Olympic Games.

A total of 19 athletes, 10 males and nine females, received the Youth Olympic Games taekwondo berths through the NOC universality places, better known as “wild cards,” after tripartite negotiations among the International Olympic Committee, the NOCs and the World Taekwondo Federation. A maximum quota per NOC is three male and three female athletes.

Athletes will compete for top honors on an octagon-shaped competition mats. A Daedo protector and scoring system (PSS) and an instant video replay will be used for fair and transparent judging. The taekwondo competition of the 2nd Summer Youth Olympic Games will be held in accordance with the latest WTF Competition Rules, which went into force in March this year.

A head of team meeting for the taekwondo competition was held on Aug. 15. The opening ceremony of the 2014 Youth Olympic Games is scheduled to take place at the Nanjing Olympic Sports Center Stadium at 8 p.m. on Aug. 16.

As part of the IOC-organized Culture and Education Programs (CEP), free taekwondo training sessions will be offered for the visitors and spectators, with its opening ceremony scheduled to take place at 4 p.m. on Aug. 17 at the Wanda Plaza. 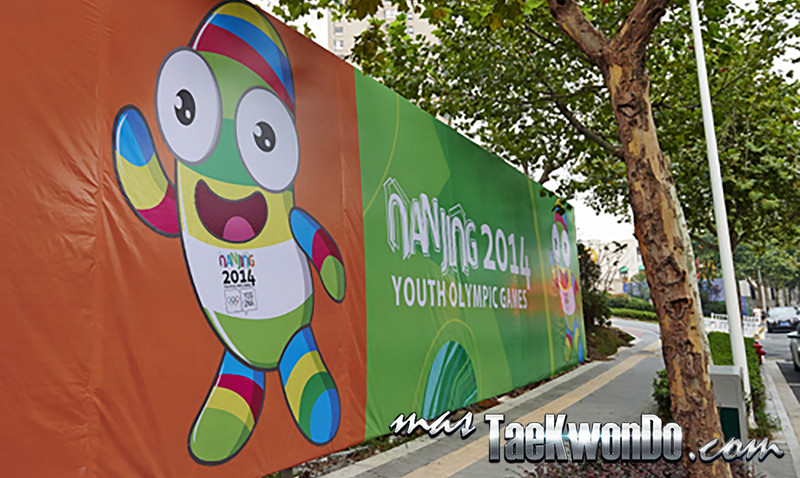