The World Grand Prix WTF Series 2 will begin tomorrow, Friday, August 29 and will finish next Sunday. This event will be held in the city of Astana, Kazakhstan at the Sport Center “Daulet“.

This event is ranked as G-4 by the World Taekwondo Federation meaning that the ranking points will be distributed as follows:

On the other hand, similar to the first series held in China, the GP Series will also award cash prizes and certificates. The amounts were designated as detailed below:

Many athletes decided not to participate in the Astana GP and looked for another options to accumulate ranking points in the different open championships in the region, as the Mexican team which is making a regional tour which included three championships ranked G-1 and G-2, with an obvious less degree of difficulty than the Grand Prix. 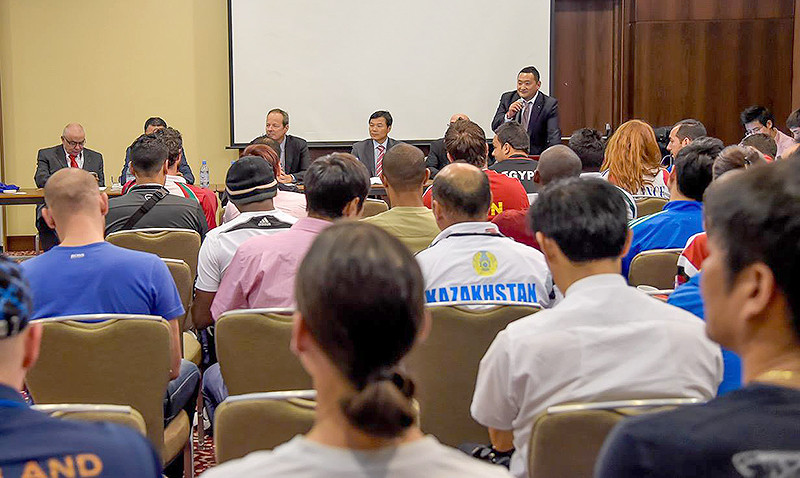 The Technical Meeting and Draw of lots will be was held on Wednesday August 27 at the at the Hilton Garden Inn.  (See:  Draw sheets of the World Taekwondo GP “Astana 2014”)

The competition will be held as follows: