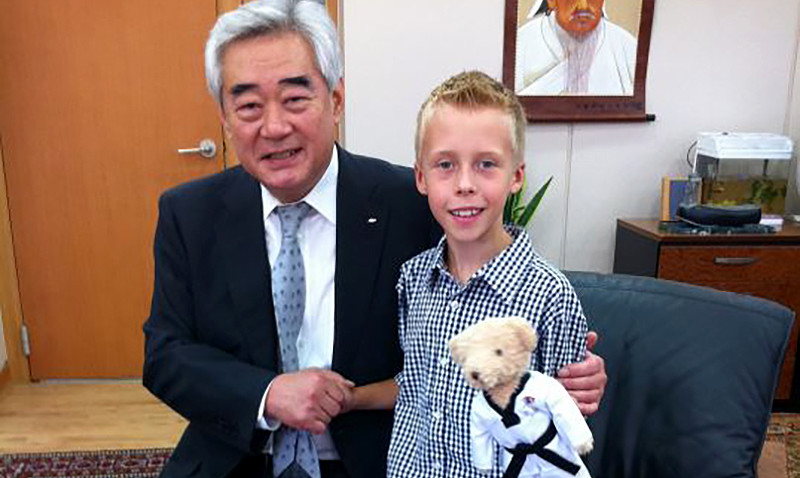 Four years ago masTaekwondo.com published an article that had media impact  titled:  “Frederik Olsen, a Taekwondo prodigy?” in which we talked about the sports specialization at a young age.

By that time, Frederik had been training for two years (he started when he was five) and his family and coach began promoting him as the future World and Olympic Champion; in fact, today his Facebook profile shows him as a eleven-year old boy who dreams of success in the 2020 and 2024 Olympic Games, and informes he has won 130 medals so far.

MasTaekwondo.com published two articles related to this topic, the one that we mentioned before and another one entitled “Parents and their support in sports education of their children” In both cases, it is strongly emphasized that when parents are involved in their children’s sport career, they often tend to place great emphasis on winning the first place, the  trophies, aggressive and assertive training procedures; i.e. when children practice sports as adults, forgetting that a kid, like Frederik, wants to have fun, play and doesn´t  focus participating in the Olympic Games in ten years.

When we saw Frederik Emil Olsen fight against kids his age four years ago, we noticed an extreme technical superiority over his smaller rivals and many said: “No one can stop this kid, he is a Prodigy, a machine, a unique kid…”

Late last month, the 1st WTF Cadet World Taekwondo Championships was held and Frederik had to face rivals with a higher competitive level than the rivals he had faced before (those who helped him gather 130 medals for him)  and he could not pass the first round, losing against the kid from  Kazakhstan by 9-5.

It is likely that for this Danish kid, participating in the world championship was fun and we understand that winning or losing at that age should be taken as a simple anecdotal fact, but oddly in his Facebook profile we found an analysis (supposedly written by him) in which he listed the reasons why he lost.  But what called out attention was a shocking phrase: “I´m sorry  I disappointed you this time…”; don´t forget  this is just an eleven-year old boy who is speaking about “disappointing others”, and secondly we have to think that whoever feels real disappointment is whoever wrote in his name and not the kid himself. How healthy is such marketing on a kid who should be enjoying his childhood and having fun instead of facing a reality he still doesn´t know? How healthy could it be to make him feel he is a “Super Boy”?

When a child is very talented and trains many hours every day as per his coach´s instructions, he surely will have a higher technical and competitive level  compared with the kids his age.   In some cases, as time goes by, the  other kids grow, mature and achieve the agility, the speed of execution and skills the “Prodigy kid” has shown.  In many cases the other kids may surprisingly overpass the “Prodigy kid”.  It is just a matter of reaching maturity.

This article was not written with the intention of criticizing little Frederik, since he seems a great friendly talented kid, but we want to  warn parents and coaches who exert negative “pressure” to their children, wanting to turn them into the champions they could not become.

2 thoughts on “With marketing, matches are not always won”