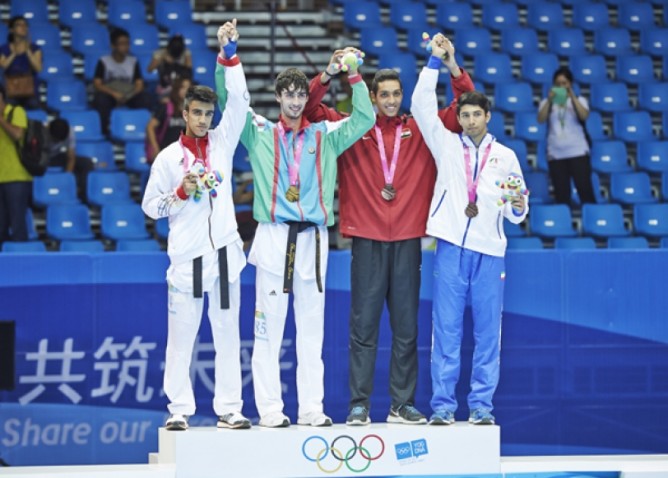 In the women’s -63kg weight division, Iran’s Kimia Alizadeh Zenoorin brushed aside a stiff challenge from Russia’s Yulia Turutina to win the final match 10-7 for the gold medal.

Dr. Ugur Erdener, an IOC Executive Board member from Turkey, presented medals to the winners of the female weight category, together with Franjo Prot, president of the Croatian Taekwondo Federation.

In the men’s -73kg weight division, Azerbaijan’s Said Guliyev came from behind to defeat his final-match opponent, Germany’s Hamza Adnan Karim, 10-4 for the gold medal.

Guliyev, the silver medalist both at the WTF Taekwondo Qualification Tournament for the 2014 Nanjing Youth Olympic Games and the 2014 World Junior Championships last March, reached the final match by beating Egypt’s Seif Eissa 8-1 in a semifinal match.

Ung Chang, the IOC member of the Democratic Republic of Korea, presented the medals to the winners of the male weight category, together with Anatoly Terekhov, president of the Russian Taekwondo Union and a WTF Council member.