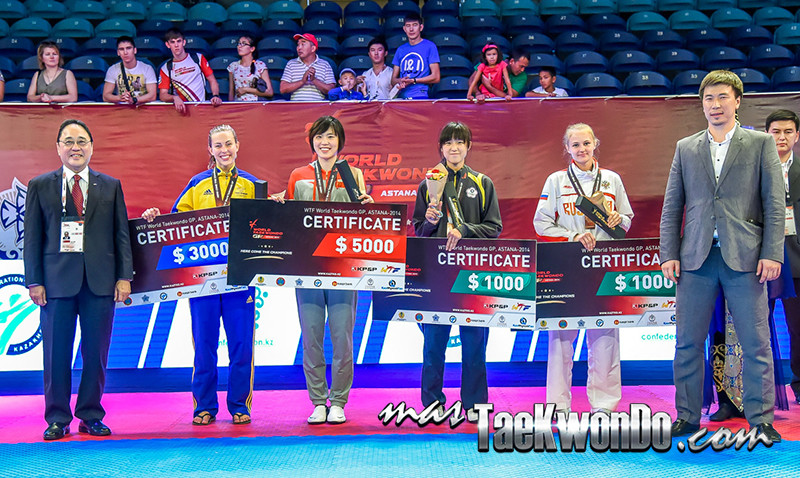 Argentina’s Lucas Guzman and Australia’s Safwan Khalil had to settle for the bronze medal in the same female division.

In the men’s -80kg final match, Iran’s Mehdi Khodabakhshi clinched the gold medal as his final-match opponent, the United States’ Steven Lopez, withdrew from the final match for his arm injury sustained during his quarterfinal match against Aaron Cook of the Isle of Man.

The third and final day of the competition, on Aug. 31, will feature two weight divisions: the women’s -57kg and the men’s -68kg.