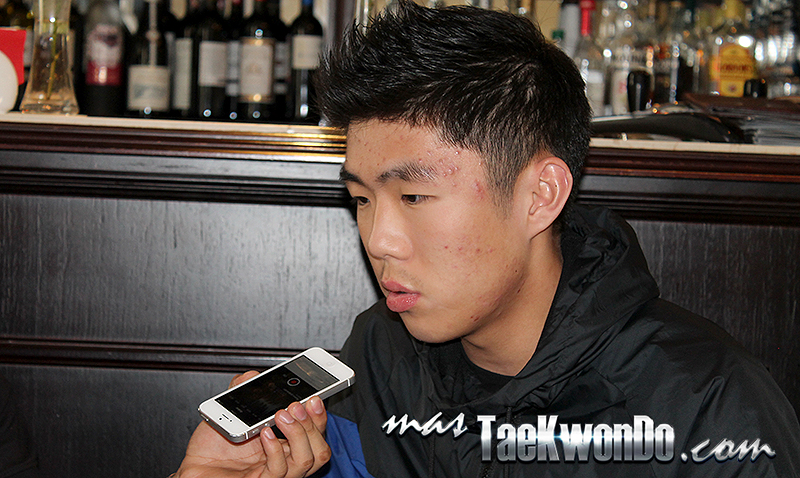 Avery is the son of the president of the Pan American Taekwondo Union, Ji Ho Choi, but his story has nothing to do with his father, as this teenager who is in her last year of school before college, has its own concerns and in this case, is to teach Taekwondo to kids with autism.

Autism is a neurodevelopmental disorder characterized by impaired social interaction, verbal and non-verbal communication, and by restricted and repetitive behavior. Autism affects information processing in the brain by altering how nerve cells and their synapses connect and organize; The signs usually develop gradually, but some autistic children first develop more normally and then regress. Early behavioral, cognitive, or speech interventions can help autistic children gain self-care, social, and communication skills.  Although there is no known cure, there have been reported cases of children who recovered. Not many autistic children live independently after reaching adulthood, though some become successful. An autistic culture has developed, with some individuals seeking a cure and others believing autism should be accepted as a difference and not treated as a disorder.

Avery Choi spoke with masTaekwondo.com about his vocation and invites youngsters not to turn his back on children, teenagers and adults with autism. 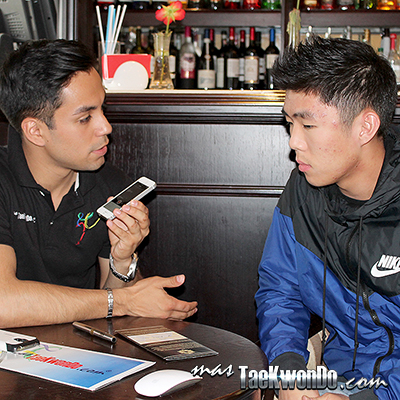 Avery, we know that you’re 17, why a young man of your age is interested in working on issues like these?

Because in the United States at my father´s Taekwondo School, I teach Taekwondo to autistic children ranging from 6 to 18 years old. I really enjoy giving classes to children with different abilities. This is the first year that athletes with intellectual disabilities are included in the Para-Taekwondo Championships.  I had the opportunity to work at the World Para-Taekwondo Championships in Moscow and it was very gratifying to see the entire process, from the pre-classification until the competition itself.

What can you tell us about your experience with children with autism?

Well, it’s totally different from what you do with a conventional student who understands a quick instruction; when you tell him to do a kick they do it instantly.  But with people with autism you have to be very careful and sensitive when giving an instruction, since they are very emotional, very sensitive and are not sociable.

From point of view the of a young man like you, who were part of the group of classifiers in the 5th World Para Taekwondo Championships, how was this process and what do you think about the fact that Para-Taekwondo has the possibility to be included in the Paralympics?

I think this whole classification process is a huge step to professionalize and develop the Para-Taekwondo in general to become a core sport in the Paralympic program. The WTF has yet to make changes because this was the first time it is done this way and yet there were many errors, such as cases in which classifiers doubted whether an athlete should have been classified in K43 or K44.  But I hope next year things will be better and the process will be better organized.

What benefit do children with autism get practicing Taekwondo?

The first lessons are very difficult because it´s a whole new experience.  You are teaching them but at the same time you are learning from them; they help us to open up our hearts and our eyes to this new experience.  You have to learn how to act in order to get a reaction from them.   But when the kids begin to trust you they do not retreat in themselves anymore and they do what they are asked to, and by doing physical activities they become more energetic and socialize much more.  Undoubtedly, practicing Taekwondo is beneficial for their health in general.

What was your motivation to work with autistic kids?

I was motivated by the fact that most of the people think being autistic means that are not able to do many things, but it isn´t so.  A clear example is that ten years ago, many people thought that a person with no hands or arms could not practice Taekwondo, and now we have seen that they can do it and they can compete.  So it is the same with autistic kids, Taekwondo is something they can do, among other things.  So I hope that in the future, autism will be included in the Para Taekwondo categories.

The next is your last year of school, do you plan to stay involved with the Para-Taekwondo development?

I look forward to being part of these events during my university life and to include Taekwondo there, too. My dream is to globalize it and make it as popular as Football or Basketball in the United States and to include all no matter the physical or intellectual disabilities they may have.

We think you are a great example, not only for the Pan American area, but for the whole world, as it is not very common for someone your age to be involved in this discipline.  What would you tell people your age about your project?

It is a very fun experience, not only because you learn about Taekwondo and you receive the love of those people to whom you are giving your knowledge, but because you get invaluable experience from the whole process:  from the classification process until the competition itself.  That’s why I urge young people like me to make up their mind and learn and share their Taekwondo knowledge.  They will have the opportunity to visit many countries and learn their culture and they will be astonished to see how good Para- athletes are.

We thank you and congratulate you on your great work.  We wish you much success.

Thank you.  To close this interview, I would like to thank WTF for giving me this great opportunity and of course to masTaekwondo.com for giving Para-Taekwondo the space and importance it deserves.

2 thoughts on “Teaching Taekwondo to children with autism”