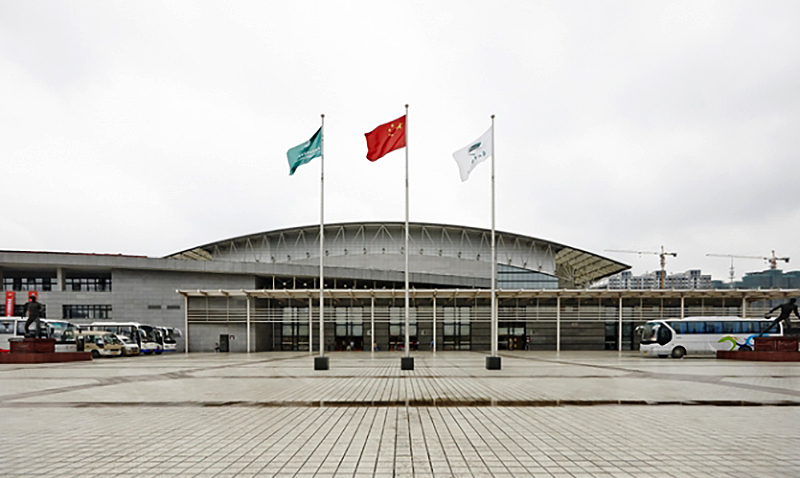 New Competition Rules will be applied

New WTF Competition Rules, which went into force as of July 1, 2014, will apply to this Suzhou event. When a contestant receives 10 Kyong-go or five Gam-jeom, on in the event of any combination of Kyong-go and Gam-jeom that add up to five penalty points, the referee shall declare the contestant loser by penalties, according to the new rules. The previous rules were eight Kyong-go and four Gam-jeom.

The other changed rules is the golden point and decision of superiority.  In the event that neither contestant has scored a point after the completion of the fourth round, the winner shall be decided by superiority based on the following criteria. The contestant who achieved a higher number of hits registered by the PSS during the 4th round. If number of hits registered by the PSS is tied, the contestant who received less numbers of a Kyong-go.and Gam-jeom during all four rounds. If the two above criteria are the same, the referee and judges shall determine superiority based on the content of the 4th round. If the superiority decision is tied among the referee and judges, the referee shall decide the winner.

Three octagonal-shaped courts will be used, with semifinal and final matches scheduled to take place at the center court. Daedo protector and scoring system (PSS) and an instant video replay system will be used.

For the first time, cash prize will be given to the top four athletes in each weight categories: $5,000 for the gold medalist, $3,000 for the silver medalists, and $1,000 for the two bronze medal winners.

The head of team meeting and the drawing of lots session took place at the New City Garden Hotel in downtown Suzhou on July 2, two days before the opening of the event.

The opening ceremony of the Suzhou Grand Prix is scheduled for in the afternoon of July 4 at the venue.

“The Grand Prix is an exciting new concept in international taekwondo competition, inaugurated last December in Manchester, the United Kingdom. Our ambition with the Grand Prix is to provide an arena for taekwondo’s finest athletes to raise the sport’s visibility, and to realize taekwondo’s fullest potential worldwide,” said WTF President Chungwon Choue.

“Taekwondo is a sport embraced by the Chinese. It is our great pleasure to host such a significant World Taekwondo Grand Prix, in consideration of the high technical level of the event. I wish to express my appreciation to the WTF for their trust in us as well as their active participation,” said Li Qiang, president of the Chinese Taekwondo Association.