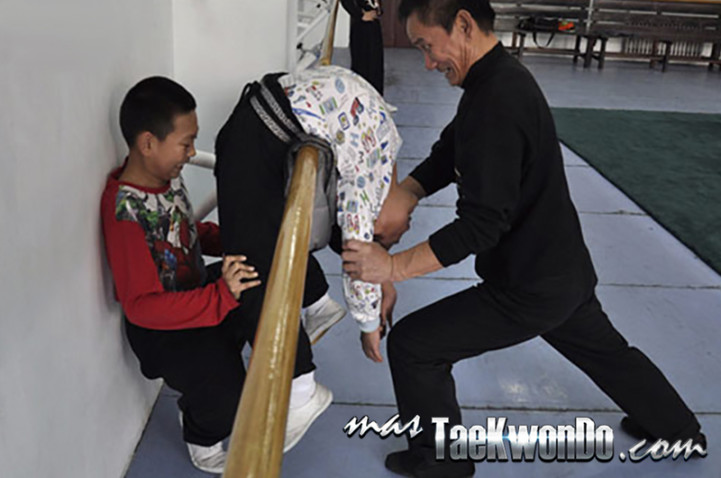 The incident drew media attention both in Thailand and in South Korea, as Choi Young Seok was one of the most successful athletes the world has seen and when he began his coaching career, his successes have been palpable after placing Thailand in the eyes of the world as a power, having achieved several gold medals in various international and Olympic championships.

As we all know, the scandal started when the athlete Rungravee Khurasa publicly claimed that Choi had punched her in her stomach and face as a punishment because she had failed to warm up properly and had forgotten her protections just before her combat a couple of weeks ago.

Where is the limit of discipline in sports training?

The essence and history of Taekwondo, as we all know, is intimately linked to the martial training. During the Vietnam War, the government of South Korea exported Taekwondo masters to train American soldiers. After the war, the soldiers returned home, but many of the teachers stayed and opened schools in Bangkok and Taekwondo became popular among the Thai youngsters. When Taekwondo, eventually became part of the Olympic program in 2000, Thailand already had a strong base of young talent. Slowly but surely, young Thais began to win Olympic medals and titles at major international tournaments. Taekwondo in Thailand was synonymous positivism … until a few weeks ago.

Social networks were filled with comments supporting Choi, on one hand, but others, however, have gone beyond wondering “Why did Choi not order her to do a hundred push-ups”?; “Nobody deserves a punch for failing to warm up properly!” and others, doing a more philosophical analysis asked “What kind of sacrifice is needed for the sake of winning?”

The debate is between the glory experienced in Taekwondo with titles and gold medals won by Thai athletes since Choi, with his training methods without restriction, is in charge. On the other side is the new question about physical punishment that many see as excessive and a violation of human rights.

The relationship between coaches and athletes has been always complex, especially through the eyes of a non-professional athlete. Like it or not, the aggressive style of training has been part of the sports culture, especially Japanese, Chinese and Korean cultures. In these countries especially, martial arts have their roots in the martial and consequently physical punishment is generally accepted as a means to strengthen the physical and mental endurance.

Can we analyze this case from a purely cultural standpoint? Was all a cultural misunderstanding? Is it possible that from a Western point of view, where children and teenagers cannot be touched, the incident has been magnified? However, don´t forget that Taekwondo is part of the culture of Eastern Asia, governed by the doctrines of Confucius where both teachers and coaches are like fathers to students.

What do you think?

Based on an opinion article in the Bangkok Post.