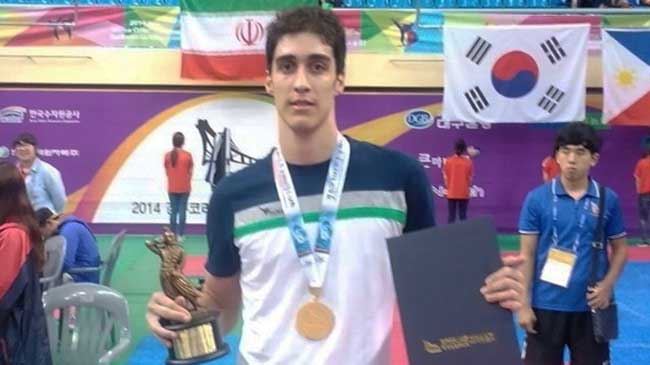 In the men’s minus 80-kilogram weight class, the 23-year-old Iranian athlete was given the first round off. He progressed 12–0 in his first contest at Gyeongju Indoor Stadium in the coastal city of Gyeongju because his opponent did not show up for the bout, informed Presstv.ir.

Khodabakhshi knocked out a contestant from South Korea in the second combat, and prevailed over Poland’s Piotr Pazinski 7-6 in the next.

The Iranian national then defeated his Filipino rival Christian AI dela Cruz 9-1 in the semi-final encounter.

In his final competition, Khodabakhshi was victorious over his South Korean opponent, receiving the gold medal.

On Saturday, Iranian sportsmen demonstrated dazzling performances at the taekwondo event and were awarded four medals, including two golds.