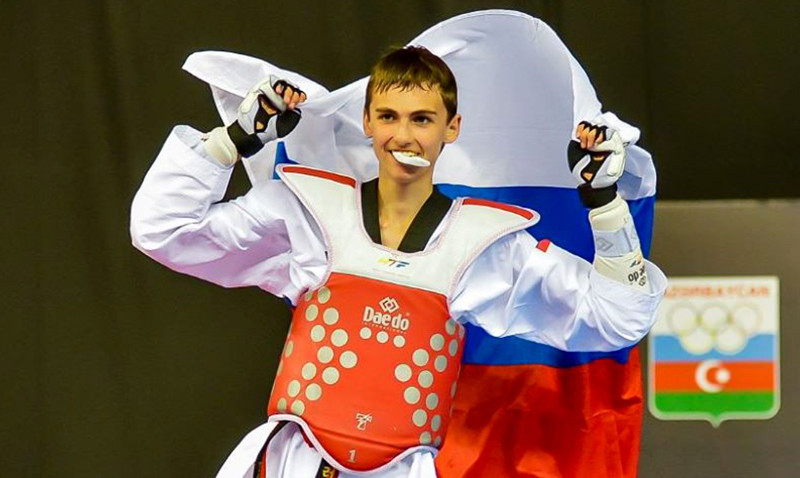 Russia took home one gold, one silver and one bronze, while Chinese Taipei, Jordan and Italy grabbed one gold each.

Croatia and Latvia clinched one silver medal each on the second day of competition at the inaugural World Cadet Taekwondo Championships, which are for the youth aged between 12 and 14. The event takes place at the National Gymnastic Arena in downtown Baku, drawing a total of 574 athletes from 65 countries.

In the female -44kg final match, Iran’s Donya Mohammadi beat Latvia’s Jolanta Tarvida 3-1 to give her country the gold medal. The bronze went to the Philippines’ Mayn Yengele Coran and Turkey’s Irem Erdogan.

In the male -45kg weight division, Jordan’s Zaid Alhalawani needed a fourth golden-point round to grab the gold medal against Russia’s Vladislav Moiseev.

The two were tied at 3-3 at the end of the regular three rounds. Turkey’s Mertcan Dolmaci and Egypt’s Abdelrahman Elsayed each took home the bronze medal in the same weight category.

In the male -49kg weight division, Italy’s Vito Dell’Aquila brushed aside a stiff challenge from his final-match opponent, Iran’s Ebrahim Safari Soumeeh, to win the match 10-8 for the gold medal. The bronze was shared by Germany’s Muhammedcan Goekce and Egypt’s Mohamed Farag.