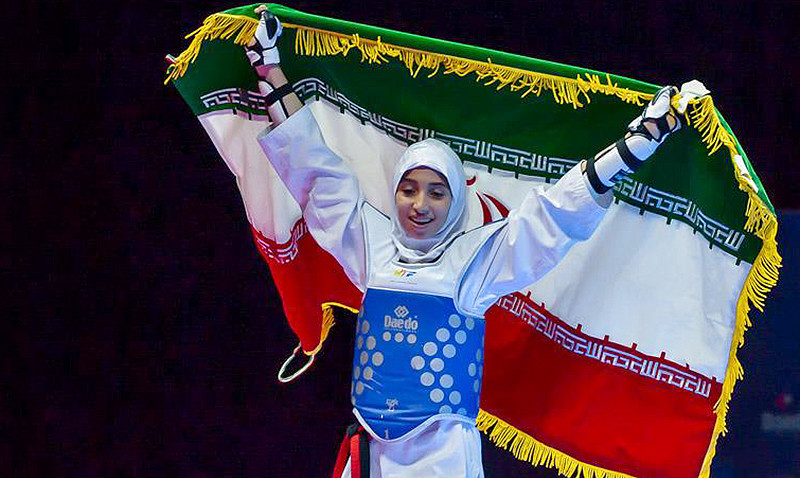 Ukraine, Korea and the United States clinched one gold each on the first day of competition at the inaugural World Cadet Taekwondo Championships, which are for the youth aged between 12 and 14. The event took place at the National Gymnastic Arena in downtown Baku.

Host Azerbaijan came next in the overall medal tally with two silvers and one bronze, followed by Russia with one silver and two bronzes. France and Serbia won one silver each. Italy and Turkey took home two bronzes each, while Germany and Mexico won one bronze each. 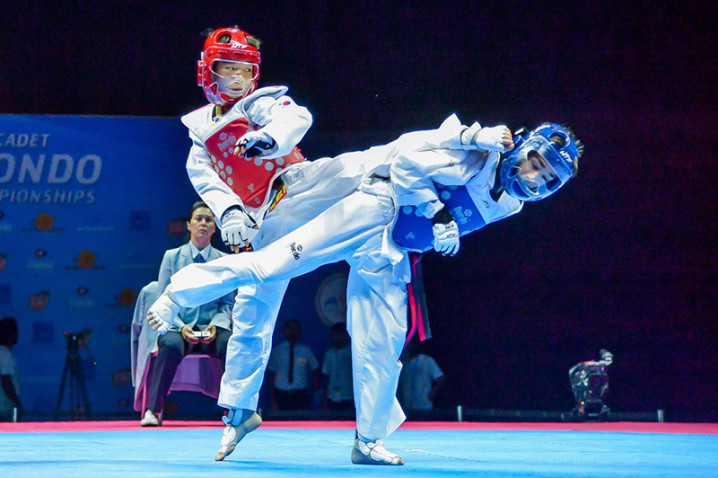 In the male -37kg final match, the United States’ Joshua Kosloski won the gold medal against Russia’s Andrei Kanaev with a superiority victory after a scoreless fourth golden-point round. The two were tied at 1-1 after the regular three rounds. Italy’s Daniel Lo Pinto and Iran’s Mohammad Hossein Zahedi shared the bronze medal in the same weight division.

In the female -37kg final match, Iran’s Setareh Chaboki took the gold medal with a superiority win against Serbia’s Jovana Atlagic after a scoreless fourth golden-point round. The bronze went to Turkey’s Irem Bekdas and host Azerbaijan’s Nargiz Mirzayeva.

In the male -33kg weight division, Korea’s Jeong-min Seo earned his country the gold medal as he won the final match against host Azerbaijan’s Mahammad Alizada 17-3 in the third round. The bronze was shared by Germany’s Ranye Drebes and Mexico’s Jorge Fonseca. 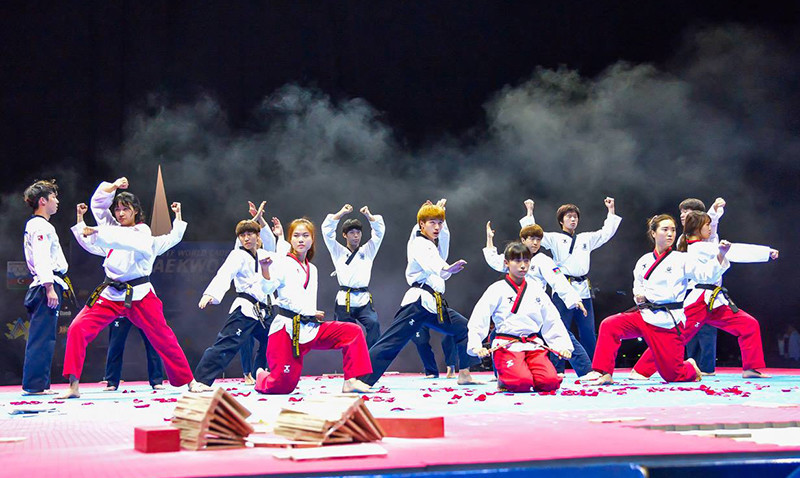 In the afternoon, there was an opening ceremony of the Baku cadet championships, which attracted such figures as WTF President Chungwon Choue, Kamaladdin Heydarov, a WTF vice president and president of the Azerbaijan Taekwondo Federation, and Ismayl Ismaylov, vice minister of the youth and sports of Azerbaijan.

A 17-member WTF Taekwondo Demonstration Team performed during the opening ceremony of the Baku event, drawing applause from spectators.

“Cadet Championships are not only a competition. Ambition of the WTF is to provide the youth with wonderful opportunities to meet new friends from all over the world, exchange warm friendship, experience culture of the hosting country and broaden their horizons so that in the near future they could become leaders who can contribute to the society and the world,” WTF President said in his speech during the opening ceremony.

“Baku is now renowned as the city hosting the first edition of many events. In addition to hosting this event, Baku hosted the 1st WTF World Para-Taekwondo Championships in 2009 and it will host the 1st European Games next year. Baku is the perfect choice for such memorable events,” he said.

Choue said, “Taekwondo is now a sport beloved worldwide with a variety of events such as Grand Prix, Team Championships, poomsae and para-taekwondo. The WTF will work tirelessly to continue evolving our sport so that taekwondo can be loved by all the people regardless of age, gender, or physical conditions.” 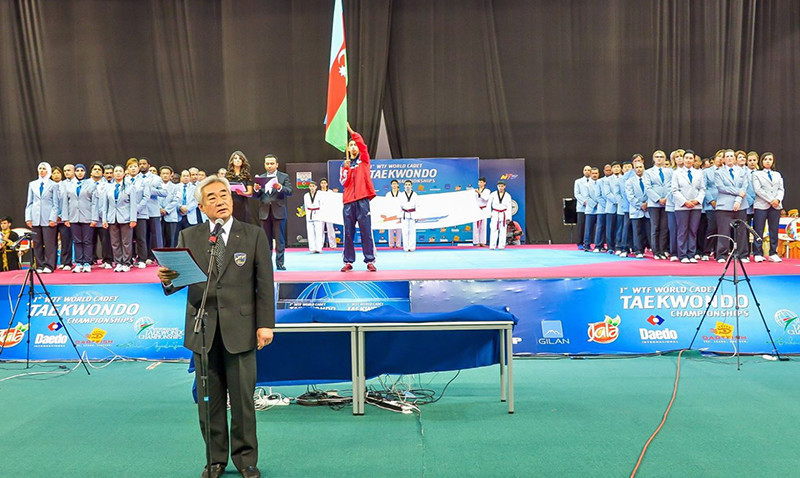