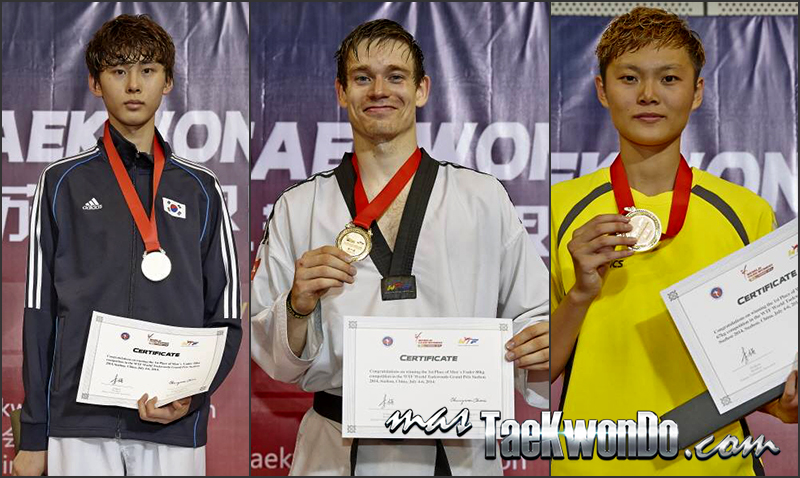 Chuang advanced to the final match by brushing aside a stiff challenge from host China’s Hua Zhang to win a semifinal match 9-8. In the same weight category, the bronze went to Azerbaijan’s Farida Azizova and China’s Zhang.

Korea’s Kyung-seon Hwang, the gold medal winner both at the 2008 Beijing and 2012 London Olympic Games, failed to reach the semifinal round as she was defeated by Russian Baryshnikova 9-3 in a quarterfinal match.

The three-day Suzhou Grand Prix event, which takes place at the Suzhou Sports Center, continues until July 6 with the attendance of a total of 236 top athletes from 57 countries.

Cook required a fourth golden-point round against France’s Torann Maizeron to reach the final contest. In the male category, the bronze went to French Maizeron and Argentina’s Sebastian Crismanich, the gold medal winner at the 2012 London Olympic Games.

Steven Lopez of the United States, the gold medalist both at the 2000 Sydney and 2004 Athens Olympic Games, failed to advance to the quarterfinal round as he was beaten 5-4 in a round of 16 by Argentina’s Crismanich.

The third and final day of the competition, on July 6, will feature two weight divisions: the women’s -57kg and the men’s -68kg.