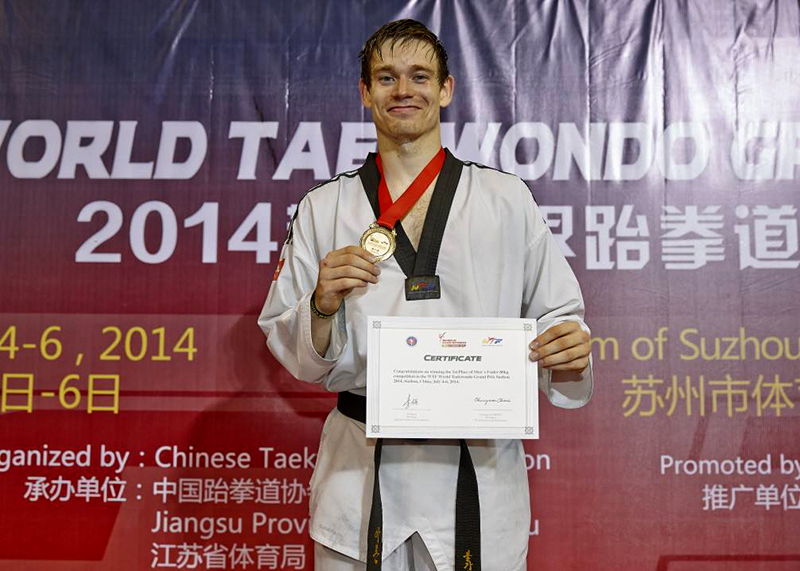 His rival, Russia’s Albert Gaun, received a controversial penalty in the dying seconds to give Cook a 4-3 win, informed the BBC website.

The Beijing Olympian, who now fights for the Isle of Man as a result of being omitted by Great Britain for London 2012, has won his past six events.

Cook, 23, will become world number one as a result of his latest success.

He remains eligible to compete for Great Britain at the Olympics, as the Isle of Man has no representation.

Having also finished with a bronze medal at the inaugural Grand Prix in Manchester in December, Cook is now in prime position to qualify for the 2016 Olympics in Rio de Janeiro, where Great Britain will only be able to take one fighter in the -80kg category.

The top six fighters at the end of the 2016 World Series will qualify automatically.

Lutalo Muhammad, who controversially earned selection ahead of Cook before winning bronze at the London Olympics, suffered a quarter-final defeat at the hands of Olympic champion Sebastian Crismanich of Argentina, losing 7-5.

And Damon Sansum lost in the first round, going down 9-8 to US fighter Steven Lopez.