Candy is a 28-year-old Dominican girl, and for those of us who knows her, we will surely agree that she is like a hurricane, full of energy and vigor. She portrays the image of a strong woman with self-confidence and undoubtedly, she is stronger than others since she became a warrior since she was a kid and never gave up.

We believe her story is a true example and we are sure it will help and motivate many people. Candy spoke with masTaekwondo.com and we hope you will enjoy this interview as much as we did. 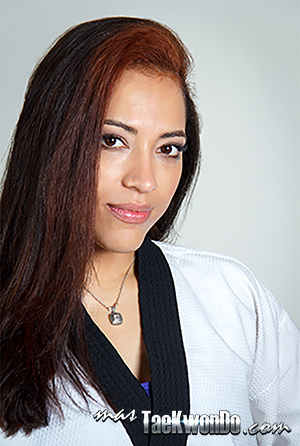 Hi Candy, thank you very much for accepting this interview.  You belong to the Taekwondo community and since you were a child you have fought against cancer as well.  At what age you were diagnosed with the disease?

First of all, I would like to thank masTaekwondo.com for giving me the opportunity to share my story.  I was nine when I was diagnosed with Thyroid Cancer with Calcified nodules.

Surely, at that age there is little awareness of the situation. How was your life as a child with such condition?

My life was like going from doctor to doctor, biopsies, X-rays, radiation therapy, blood tests almost every week, medications, etc.. Many restrictions and the iodine radiotherapy made me feel very bad, nauseous, with no taste; and my trachea hurt a lot. My parents took me to the sea three times a week to breathe natural iodine to reduce the radiotherapy sessions.

I suppose you had many ups and downs.  Where did you get the strength to become the strong woman that you are today?

Wow … I think that as I grew up and became mature, I realized that there was nothing to lose, my family and the doctors told me what not to do, but I got tired of hearing the same thing.  So, in an act of rebellion, I began to practice Taekwondo. When I started practicing Taekwondo my pain turned into my strength.

Can you tell us how did you begin practicing Taekwondo?

While I was at the University studying Medicine, one day I walked in front of the Sports School and saw the Taekwondo National Team training and preparing for the Pan American Games in 2003 that were taking place in Santo Domingo. Being a natural extremist, I was shocked by what I saw and decided to investigate deeper. I started training a week after that visit and my first competition was held a month and a half later. Even today Taekwondo is part of my life and essential for my survival.

In which aspect Taekwondo has affected your quality of life?

It saved my life! So much that it made the pain in my body more bearable.  Taekwondo made me think “Today I feel pain, I need ice”, even knowing that the pain I felt had nothing to do the training or combats I did.  This sport has taught me to be strong mentally, physically and spiritually and know that everything I do is an obstacle to overcome.

What advice would you give to those young people who are going through tough times that you know well?

Never to give up although they don´t see any way out.  I never mentioned my condition before today, because I thought  I would be treated differently, however, I’ve noticed that as my teammates knew about my condition, they got more motivated and worked harder in the training sessions. The people closest to me, as Gabriel Mercedes, always told me to never give up and to train harder than the others and so I did. 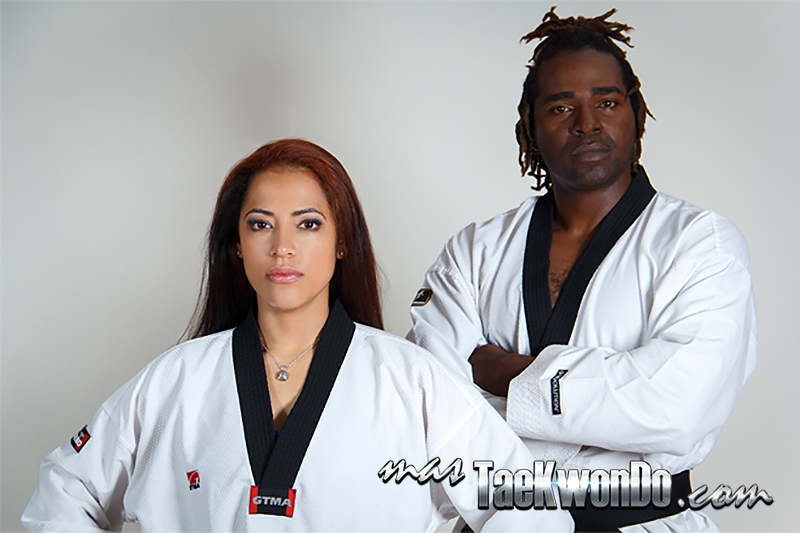 Do you know more people who, like you do, fight against a disease, never give up and instead motivate others?

My brother! My other cornerstone!  Someone with his condition (Juvenile dermatomyositis), since he was nine, has fought through the years against the disease and he has overcome the risks of death.  Today at twenty, he is a musician and music instructor at a school in my country (Dominican Republic), and although he relapses, as I sometimes do, he gets up even stronger not letting the disease wins the battle!

Candy, you made it to the National Team in your country.  What can you tell us about that experience?

After two years of training for the University and after I got the blue belt, I was invited to compete at the national qualifying tournament to get into the National Team.  I competed and won the Gold Medal.  From that moment on, I continued training with them until I moved to the United States in 2009.

Do you still train today?

Yes, I´m still very active.  Right now, I am looking for a place to get to the Rio Olympic Games 2016, something I didn´t get in my country.   Other than that I compete in triathlons and steeplechase across the U.S. for fundraising in for charity events.

What are your future goals in the sports area?

The Rio 2016 Olympic Games!!! Right now I’m working in a local nutritional and training project, and advocacy in the   city of Orlando, Fl.

What is the best memory Taekwondo has given you?

Oops! Having the opportunity to train a complete Olympic Cycle with the Olympic Champion Gabriel Mercedes; I learned a lot being close to him during the training sessions; he´s got a lot of experience and he´s an extremist fighter!

Who inspires you to do what you do?

Nick Vujicic, a motivational speaker who was born with Tetra-Amelia syndrome, a syndrome characterized by the absence of limbs, in this case four. Although Nick was born with many obstacles, he has always created a way of carrying a normal life and never let his condition leads him to depression.

Candy, thank you very much for this interview, you have given us a great lesson.  Would like leave a message to all those suffering from any disease?

I know it’s painful, you will have more bad days than good ones, I know there will be times when you would want to give up, but don´t! Life is what you make of it. For me, being a cancer survivor means I’m stronger than the others, because I have overcome many obstacles. So grab life by the horns and do what you want with it. Count each day as if it were the last one!