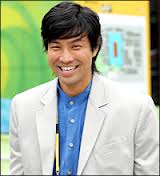 A tall good-looking guy, Moon has become a well-known celebrity in South Korea, with a Hollywood-style, he has made several televisions and public appearances and he is the Audi Automobile Company´s spokesman.

In 2008, he was elected as a member of the International Olympic Committee in the 120th OIC Session.  Four years later, he ran for being a lawmaker in the first legislative district of Saha-gu under the Saenuri Party in 2012 and won the election.

So far, it seemed a very fruitful and nice life.

However, dark clouds cover the sun to this prosperous ex Olympic Athlete.

Last February, after a two-year investigation, Kookmin University research ethics committee notified Moon that his thesis “Effect of Proprioceptive Neuromuscular Facilitation (PNF) on Flexibility and Isokinetic Muscle Strength in Taekwondo Practitioners” was  “serious plagiarized”; “it is flagrant as a cut-and-paste job with him even Xeroxing factual errors and misspellings of the original content” said The KoreanTimes.

As time has gone by, the different institutions which are involved in this serious matter have faced this situation in unexpected ways. We will analyze them in detail.

And, as expected, this whole issue has attracted public attention in Korea having complete press coverage by a series of articles published by The Korea Times.

Kookmin University stripped Moon Dae-sung of his doctor’s degree in sports psychology in March 2014, weeks after concluding that his thesis was plagiarized, an official from the school told The Korea Times.  “The school revoked Moon’s degree on March 6,” the official said, adding that the school had kept this information from the media until mid April.  It took time for Kookmin to revoke Moon’s degree because the process required a separate discussion from the graduate school directors at the school’s department of physical education, according to the Kookmin official.

But Moon didn´t stay with his arms crossed.  Soon after, Moon sued Kookmin University over his canceled Ph. D.  According to officials from the Seoul-based school, Moon filed a lawsuit against Kookmin in the Seoul Northern District Court on March 18.  ”We received notification from the court on April 2 and we are still discussing how to respond to it,” a school official said.

“It is a nullification suit against the school’s decision to revoke his degree. We cannot reveal any more detailed information at this point”  said a source to The Korean Times in the series of articles.

“My dissertation is not a case of plagiarism, and I cannot accept the university’s final decision due to its lack of fairness in judgment or validity,” Moon said, claiming that Kookmin’s investigation was “politically motivated and strongly biased.”

The IOC ethics committee´s investigation was halted in December 2013 as the school had not reached a conclusion. “If new elements emerge, however, the case could be reconsidered” said IOC President Thomas Bach at that time.

In April, an official from Kookmin University told The Korea Times that the school sent the panel’s report to the IOC on March 27 through express mail. She refused to explain why it took an entire month for the school to confirm its investigation results to the IOC.

Consequently, although the International Olympic Committee (IOC) seems reluctant to face this serious matter, finally reconvened its ethics committee to determine Moon´s  status and according to anonymous sources said the ethics committee has “reopened its file” on Moon. IOC spokesman Andrew Mitchell declined to confirm the report.

“It was inevitable for the IOC to reconvene the ethics committee to put an end to the case. But with a precedent left by former Hungarian President Pal Schmitt, it is highly unlikely that the IOC will expel Moon,” a source told The Korea Times. 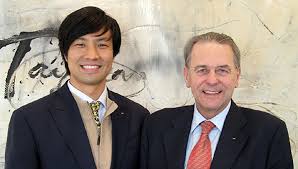 In 2012, Schmitt resigned as Hungarian president after Budapest’s Semmelweis University found that his 1992 thesis on the modern Olympic Games was plagiarized, but he was allowed to remain in the IOC which gave him “a warning and a reprimand” says The Korean Times.

Sources say that regardless of the outcome, Moon´s strategically sue against Kookmin University will likely save his status with the IOC, where he is to serve on the athletes’ council until 2016.

It is unclear whether the lawsuit will cause the IOC ethics committee to put the case on hold again. If it does, or has, the IOC is also responsible for ignoring its own principles of the Olympic spirit, which refer to a spirit of friendship, solidarity and fair play.

Under former President Jacques Rogge, the IOC worked hard to improve its old reputation as a murky, corrupt and ineffective organization. New IOC leader Thomas Bach needs to take the necessary action to keep the momentum for reform, says the Korean Times.

Just after this scandal was public the ruling party was drawing massive criticism for shielding Moon, whose political career is now in tatters and the case has also been a popular target for political attacks

Kim Jeong-hyeon, a deputy spokesman of the Democratic Party, said that Moon’s plagiarism “will be remembered as the most dishonorable case in Korean sports diplomacy history,” calling for the lawmaker to step down, says The Korean Times..

Facing mounting public criticism, the Saenuri Party kicked Moon out in 2012, but he was allowed to quietly rejoin earlier this year.

Angered by a lack of proper response from the Saenuri Party and Moon, members of Saha Grass Roots Network, a civic group in Moon’s legislative district in Busan, plan to sue him for violating the Election Law by the end of the month.

“During his campaign, he lied that he did not plagiarize. We are in talks with a lawyer about how to take legal action against him,” a member of the group said.

“As an Olympian and gold medalist you know that I am a fighter. I never give up.”  Moon calls himself a fighter. He looks more like a cowardly cheap shot artist” ends The Korean Times.