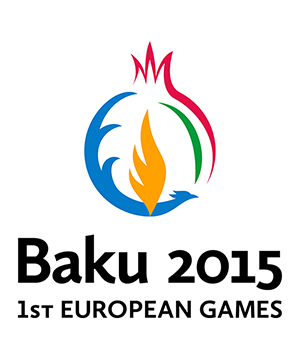 Recently the Sports Director of the European Games “Baku 2015”, Pierce O’Callaghan, unveiled the Official Logo for these Games in its first edition.

The news was released through a letter sent by Simon Clegg, Chief Operating Officer of these European Games to all the federations in Europe, with the aim to promote and invite all sports federations to prepare for this important event.

The logo was approved a few weeks ago by the Executive Board of European Olympic Committees in Nicosia, Cyprus.

The preparations have already started for the debut (first time in European history) of these Multisport Games, in which Taekwondo will also participate. To secure the success of these Games, staff, including staff from the European Taekwondo Union (ETU) has already moved to offices in Azerbaijan.