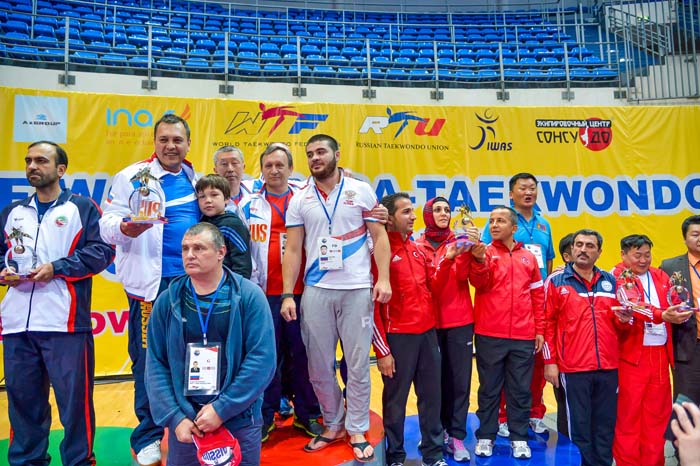 Host Russia took three gold medals, three silver medals and four bronze medals for a total of 71 points for the top honors, followed by Iran with 2 golds and 1 silver for a total of 31 points. Turkey came next with two golds and one bronze for 31 points. Azerbaijan finished fourth with one gold and one bronze for 28 points, followed by Mongolia with one gold and one silver for 21 points, informed the WTF in an official press release.

Ukraine’s Viktorria Marchuk, who won the gold in the female K43 -49kg category to become a three-time champion, was selected as the female MVP of the Moscow championships. Mongolia’s Bolor-Erdene Ganbat, the winner at the male K44 -61kg division, was chosen as the male MVP.

A total of 111 athletes from a record 37 countries participated in the two-day Moscow championships.

The event, which took place at the Dinamo Sport Palace in Moscow, featured both kyorugi and poomsae competitions. A Daedo protector and scoring system (PSS) and an instant video system were used. 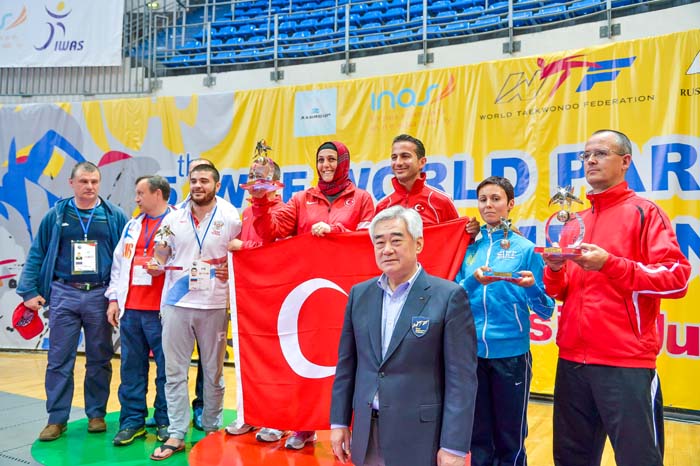