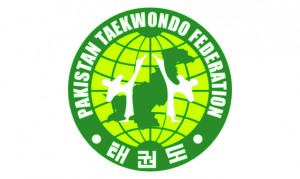 “We plan to hold the event in February-March 2015 in which teams from 12 to 14 countries of the continent will show their mettle,” PTF’s President Lt Col Waseem Ahmed told ‘The News International’.

However, he was quick to add that they would need a large amount of funds to hold the event. “I have submitted a letter to the ministry of inter-provincial coordination (IPC) in this respect and the ministry has given us the green signal. If we are able to get around Rs6 million from the government and at least Rs5 million is raised through sponsorship, then we will be able to organise a superb event,” Waseem said.

He said there is need for international events in the country. “Hosting an event benefits a country in many ways. It not only boosts the confidence level of the local players when they win medals but it also builds the image of a country as it hosts sports dignitaries from across the world,” he said.

“If we get a few mats from them, then we plan to give them to a few deserving clubs. During the last few years, we have given quite a few mats to the provinces and it’s time to also support the clubs,” he added.

The PTF President disclosed that in Tashkent he also had a meeting with the presidents of taekwondo federations of Iran, Korea and Uzbekistan and told them that they should support Pakistan in terms of training of their athletes.

“The president of Iran Taekwondo Federation agreed and told me that I should send my players to Iran. I want to send those players who are to participate in the Asian Games in South Korea for at least one and a half month to Iran,” Waseem said.

He said that the PTF would need money for sending players to Iran.

“Although Iran has promised that they would provide accommodation and diet to our players, we will have to meet the air-fare of our athletes and for that we will need money,” he said.

He lamented that Pakistan had not yet started preparations for the Asiad. “Other countries have been preparing for the Asian Games for a long time, but our players are at their homes, which is pathetic,” he said.

He said the proposed Iran tour would provide tough training to the Pakistani players for the Asiad to be held in Incheon in South Korea from September 19 to October 4.

Pakistan is expected to field three male and a couple of female players in the continental event.

The PTF President also said that the PTF was considering sending a couple of players to Baku for the 1st World Cadet Taekwondo championship, to be held there from July 24 to 27.

“If somebody can go there on self-finance basis, we will send their entries,” said Waseem.

“Participation is compulsory in such competitions. If a country misses it, it is suspended,” he pointed out.