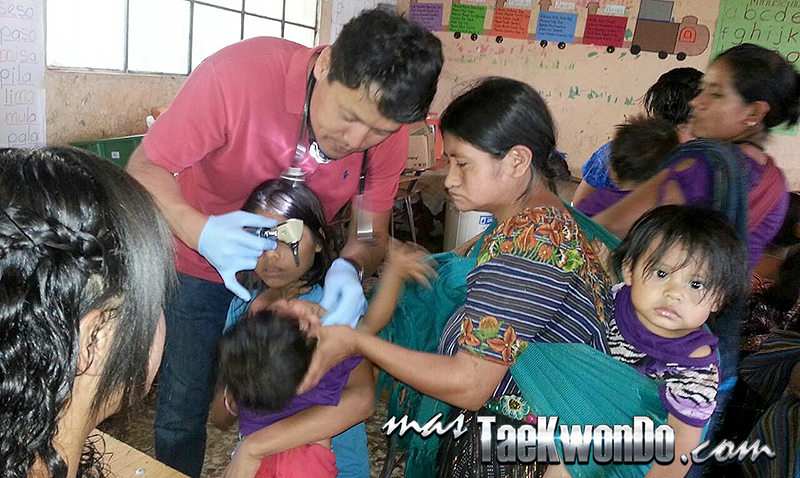 Myung Chan Kim apart from giving his full support in this solidarity mission to work with children in a remote village in the rural area in the highlands of Guatemala also took time to give an excellent referee course to over fifty attendees invited by the Guatemalan Taekwondo Federation. Don´t forget that Mr. Kim, apart from being the PATU Referee Chairman, is Deputy Director of WTF Referees Committee.

“I don´t want the focus on me.  I want you to tell everyone about Dr. Luke Rhyee´s work;  he left everything in the United States and came to live with his family in the  highlands of Guatemala with a mission to help children and families with many needs”, explained Myung Chan Kim to masTaekwondo.com.

Since early January, the American Pastor and Doctor Luke Rhyee traveled to Guatemala on a mission: To help and provide medical support to children and teenagers from an almost forgotten village in the rural area, Chuisajcaba, a small town located two hours from the city Quetzaltenango, which in turn is located 206 km northwest of Guatemala City at an altitude above sea level 2,500 meters.

“After a two-hour drive from Quetzaltenango by an almost impassable road, we reached the small community  of Chuisajcaba,  an almost forgotten community, where we witnessed the precarious situation in which these people live, children with malnutrition in shocking conditions”, explained Master Kim. 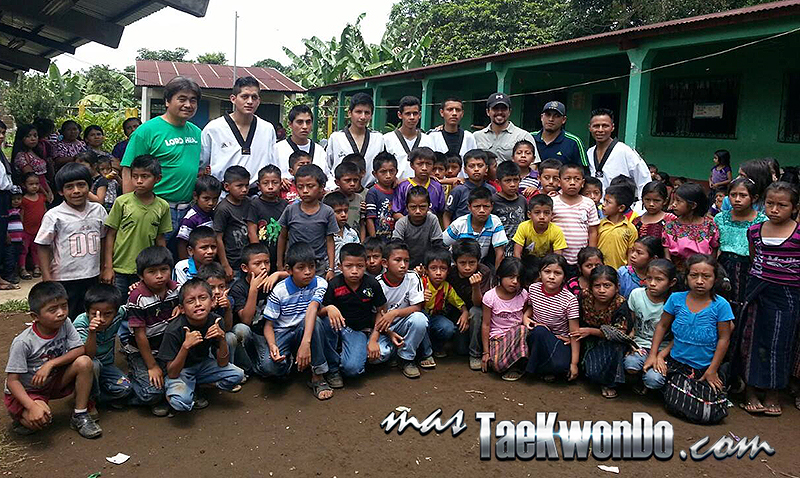 Kim was welcomed, helped and supported by the Guatemalan Taekwondo Federation through its president, Maria Borello, who put into Kim´s disposal a group of International Referees and a group of members of the Guatemalan National Team, lead by Technical Director Saúl Lorenti, who accompanied Kim throughout his trip to the rural village.

The children, who enjoyed Taekwondo and learned some techniques, were able to share with young athletes who motivate them and told them that they can achieve anything they want through sport.

Lunch was provided to over 500 people, and then different recreational activities were carried out with the children of the community, while Dr. Rhyee and his team of volunteers took care of all those in need of medical attention.

Back in Guatemala City, Master Myung Chan Kim gave a seminar on Competition Rules and Refereeing with the latest WTF updates in order to raise funds for Dr. Rhyee´s mission and which was attended by more than fifty athletes of different gyms and members of the national team.  Kim invited them to work with social causes, because he told them than no one present in the seminar had any idea of the conditions in which thousands of children live in the world. 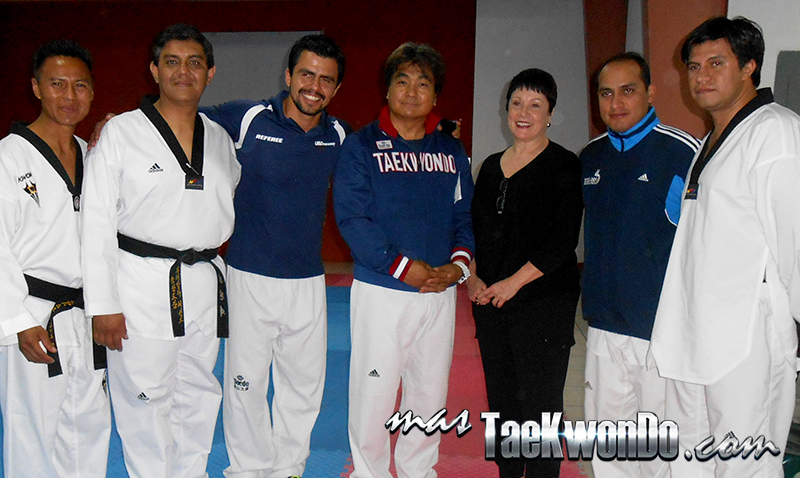 It is important to highlight that, although Myung Chan Kim himself did not want us to make it public, he came to Guatemala with lots of medicines to support Dr. Rhyee´s mission;  Rhyee is originally from Korea and has led a small church in Columbia, South Carolina, United States for the last  25 years. Luke Rhyee says the best way to help people is with medicines, so he created his own project called “Healing Guatemala”, with which Master Kim collaborates and invites the community to become aware and to have “A Better World Through Taekwondo”. ”

This phrase was recently said by the WTF President, Dr. Choue, on the occasion of the 10th anniversary of his leadership in the World Taekwondo Federation:  “Achieving “A Better World Through Taekwondo” will be one of our top goals for the next 10 years. We must again work hard, together, to fulfill this mission”.