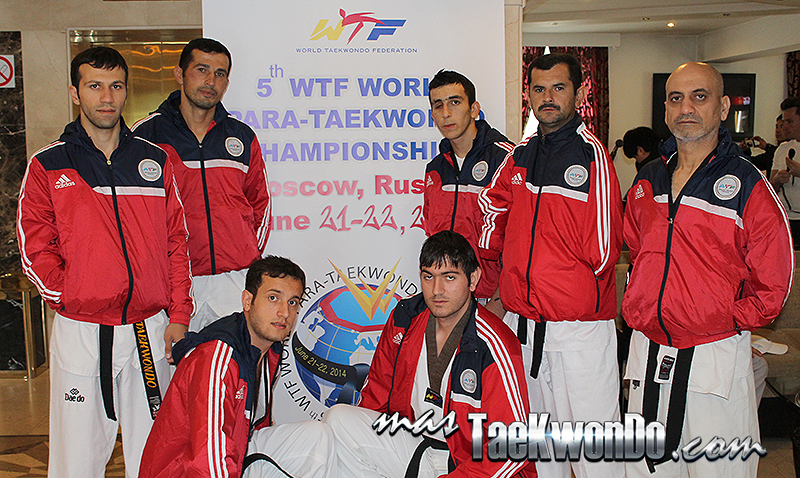 At 9:00 a.m. Moscow time, the classification process began based on appointments previously agreed with each athlete.  The process consisted in the following:  Athletes should show up  five minutes before  the time of the appointment at the first checkpoint, where they were asked to present the respective accreditation and inform if they would need an interpreter.

Then the athlete was assigned to one of the three modules where he/she would be examined by specialists (kinesiologists, physiatrists and experts in Paralympic sports) exclusively hired by the WTF to perform this task.  Although each athlete was already informed, prior of registration, about the type of evaluation they would undergo, the specialist took the time to explain it again.

As for the evaluation itself is concerned, the first part was in the hands of the medical specialist responsible for taking the measures and discuss the athlete´s medical history.

Following this, the technical specialists performed the biomechanical and functional test to verify the degree of impairment.

After this step, the specialists had a short meeting to determine the appropriate classification, which subsequently was announced to the athlete. In some cases, the athlete was reassigned to a different division than they had in previous competitions.

The last process was the weighing, which by the way, represented the first combat to some athletes.  Finally, they all were ready to go to the mat and fight for the longed medal.