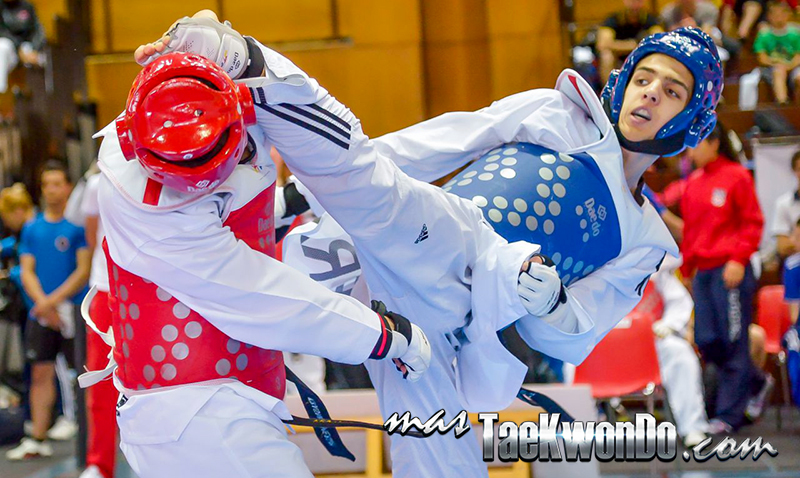 “Last weekend the third edition of the Swiss Open, a G-1 event, was successfully carried out with the participation of 380 competitors from 55 nations.  One of the requirements to compete was that the athlete had to be member of the national team of his/country and some others, due to financial issues, from clubs.  This fact made the competition had a high-level” commented Walid  Younes, Secretary of the Swiss Taekwondo Federation and Director of the Organizing Committee of the Swiss Open.

“A select group of 31 International Referees, 16 women and 15 men  from all continents, some with solid background and some other young referees with a lot of prospect for advancement worked under the supervision of the WTF Referee Chairman, Mr. Chakir Chelbat,.  Their work was transparent and there was no room for complaints on the refereeing issue in this event”, said Mr. Younes.

“This was a first class event, with over 100 volunteers and two Darthfish cameras on each octagonal area.  The success of the event was also due to the presence of important representatives of our main governing body such as Philipe Bouedo, Director WTF Games Committee, Yan Jin Bang, WTF Technical Director, and Chakir Chelbat, Chairman of the WTF Referee Committee. The use of the electronic headgear throughout the event was a privilege for the Organizing Committee” said Walid Younes during his conversation with masTaekwondo.com.

“ I heard  different opinions from the athletes  and coaches about the electronic headgear, but according to the Swiss National Coach this is a new tool and it represents just one more change in the continuous changes our sports has experienced in the last years.  He told me that he and his athletes must get to know the function the electronic headgears and adapt the training sessions using this new tool.  As we remember, the adaptation process of the electronic protectors had many inconveniences, but today they work just fine.  The headgears, in the short term and with the appropriate modifications, will become a breakthrough that will allows us to raise the level of the competitions in Rio 2016,” said Younes

“The electronic headgears were tested on three occasions so far this year.  In the Trelleborg Open, in Sweden, for the first time, we used them in some of the combats.  At that time, we gave the coaches the opportunity to protest some actions to the head.  Afterwards, we used the electronic headgears in the US Open in some weight categories.  On that occasion, we had some failures in the operation itself as sometimes the system score points of actions that did not even reach the head.   As a result of these tests, we made some modifications and adjustments in Taipei.  Now, in the Swiss Open that has just taken place, we used the headgears in all the combats of the two-day competition; the first day, we adjusted the impact level at 6 and then, in the second day of competition, at 4.  We wanted to determine at what level the error was obvious.  The results in these two levels was positive,”  said Chakir Chelbat, Chairman of the WTF Referee Committee.

“The WTF Technical Committee have been working very hard along with the PSS Committee.  We had intense and long meetings last week in order to evaluate and propose improvements to the electronics protectors and the electronic headgears as well.  After we thoroughly analyzed the feedback obtained from the referees, coaches and competitors, we propose certain guidelines to improve in this regard,”continued Chelbat.

“Some of the proposal that we will make is to give the coaches a chance to protest only actions in the face to minimize the time of video replay. Another case would be when the referee makes a protection count until eight.  If no point has been counted, the corner referee may stand up and the center referee must stop the actions, then call for a meeting and discuss the action.  If there is a majority, the point would be scored.  Additionally, we have proposed to improve the location of the sensors in the foot protector since we have determined that actions made by the heel were not being registered.  We will work on this issue to solve it,” said Chakir Chelbat. 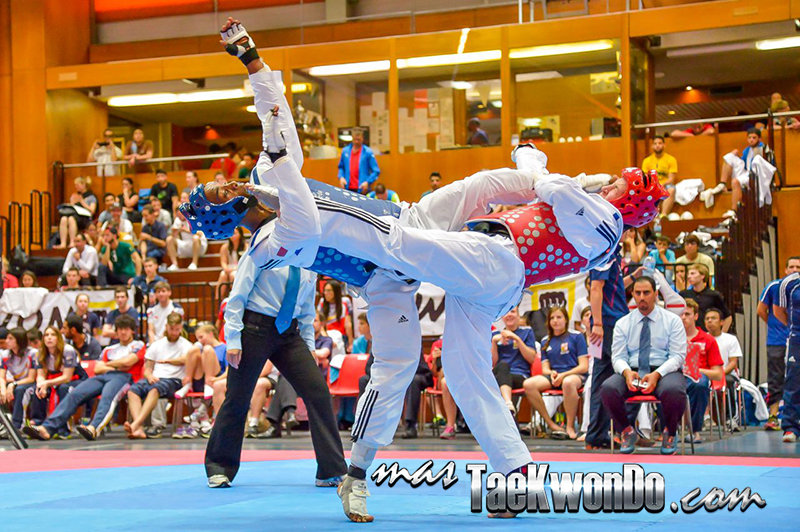 “We’re a team that is working hard.  Professor Yang Jin Bang, Philipe Bouedo and I had a meeting last week along with the other members of the technical committee; we are looking to improve the electronic system within the competitions.  That is why we are constantly using it in different events and in each one of them we are receiving feedback from the coaches, athletes and referees,” said Chelbat.

“I had various meeting during the two days of competitions; I talked with coaches and they told me about the errors and recommendations they thought were necessary.  We are working hard in order to get the improvements so that Taekwondo evolve” mentioned Chakir.

“The evaluation of the headgears was very positive and we will continue working hard to further improve” Chakir Chelbat concluded.