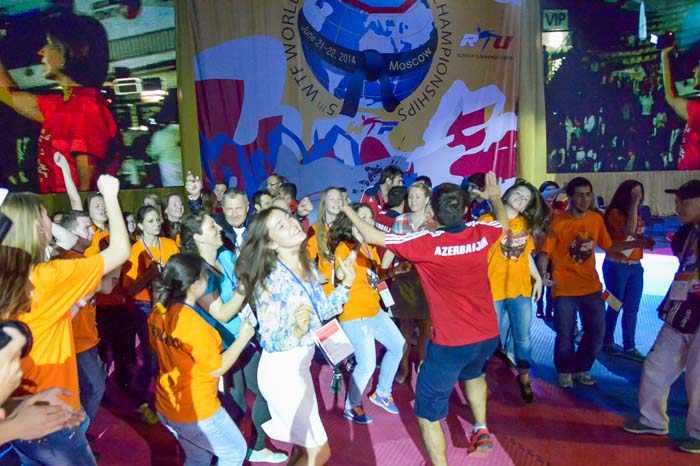 The two-day event, which took place at the Dinamo Sport Palace in Moscow, drew a total of 111 athletes, 107 for kyorugi and four for poomsae, from a record 37 countries across all the five IPC regions.

Originally a total of 40 countries registered for the Moscow championships, but three countries – Comoros, Nigeria, and Romania – failed to attend at the last moment for visa and other problems.

In the female K42 -49kg category, defending champion Viktoriia Marchuk of Ukraine crushed Russia’s Sevil Abdulova 26-2 in the final match for the gold medal to become a three-time champion. She advanced to the final round by defeating Lesotho’s Masole Pitso 21-1 in a semifinal match.

A Daedo protector and scoring system (PSS) and an instant video replay system were used for the Moscow championships. Three courts with octagonal mats were used.

Modified competition rules were applied to the championships. Attacks to the head were banned and the duration of the contest was three rounds of one minute and 30 seconds, with a one-minute break between rounds.

There were classifications and weigh-in of kyorugi athletes on 19-20 June at Kassado Plaza Hotel.