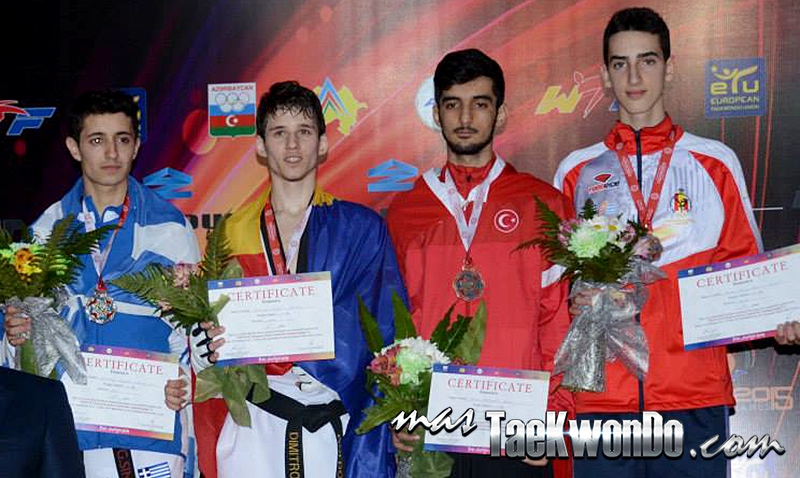 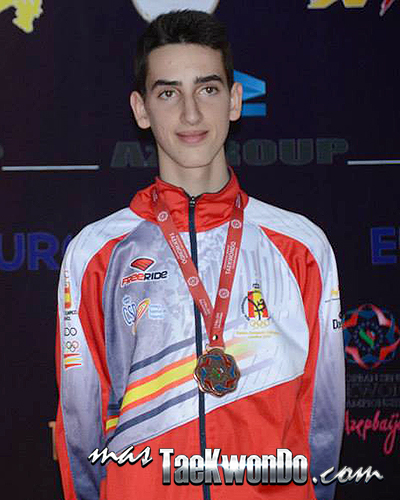 Tortosa won the preliminary combat to Serbian Milos Kilibarda, 7-4; he also beat British Darren Chapman, 4-2 in the quarterfinals. In the semifinals, Tortosa lost, 4-5, against Greek Georgios Simitis, confirming that he is experiencing an excellent time in his short sports career obtaining a Bronze in a senior event, when he is still a junior.

Tortosa is having a great 2014, because just a month ago, he won the title of World Junior Champion and Silver Medal holder in the world qualifying tournament for Nanjing 2014 Youth Olympic Games.

The other Spanish athletes participating in this European championships were not so lucky:  Mikel Bernal, +87 kg, lost in playoffs against the Greek Demetris Moustakas, 5-6.

Elaia Torrontegu, under 46 kg, lost in her first combat against British Asia Bailey, 6-10. Meanwhile Diana Vazquez, under 62 kg, won a preliminary fight against Azerbaijani Sabina Mikayilova, 4-2 but lost to the Swiss Nina Klaey, 1-8.