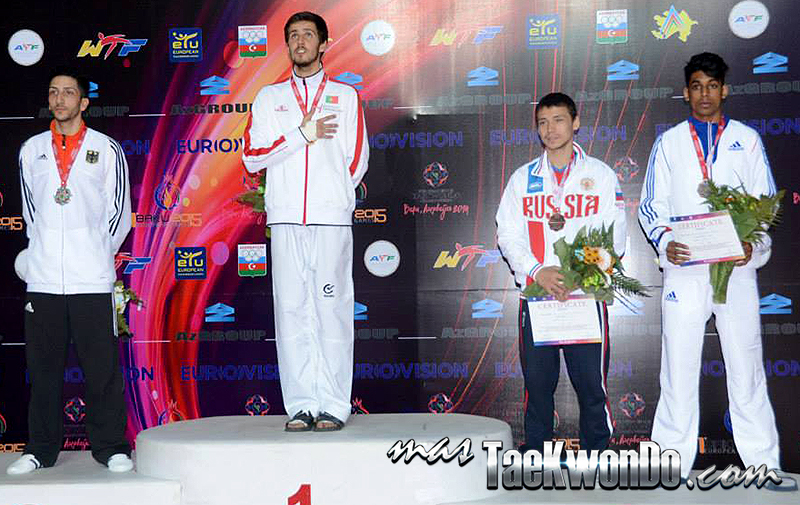 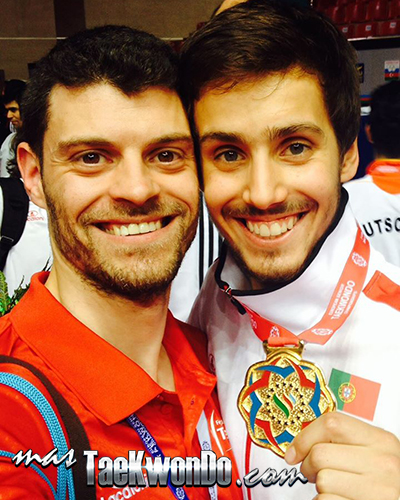 Rui, 23, -under 58 kg division (Fly) took the European title after defeating the German Levent Tuncant in the Final. Previously he had left on the way another great athlete,the Russian Ruslan Poiseev .

The Portuguese said he dedicated this important win to his coach (Hugo Serrão) and would not have achieved so much without him. He is having a great season since he got a Gold in the Lusophonean Games and another Gold in the Dutch Open, while he also won bronze at the German Open.  Additionally, he has been National Champion for four years

His road to the Baku Gold was this:

In the second combat, he faced the representative of Belgium.  According to his words this was the toughest combat, 6-5.

In the Semi Finals, as stated earlier, he beat the Russian Ruslan Poiseev, 11-8, while in the Final he faced a legendary competitor, the German Levent Tuncant.  Rui said that the Final match against Tuncant was a cold and tactical combat, but also very exciting and even fun.

This was the road to Rui´s Gold in the European Senior Taekwondo Championships, which together with the Asian Championships are the most competitive Taekwondo continental events.

Another Portuguese athlete  who took the podium was Mário Silva in the Bantam  under-63 kg division who, in order to reach the medal, beat Ukraine ( Viacheslav Storchak ) by 3-2 , Croatia ( Deni Razic ) by 7-4 and Turkey  (Cem Ulugnuyan) 10-2 .