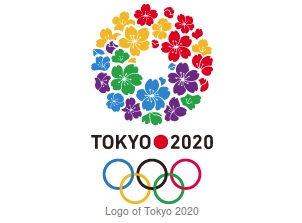 Para-Taekwondo hopes to become one of the featured sports of the Tokyo 2020 Paralympic Games. Para-taekwondo has become a major sport in the Paralympics due to its established global recognition of taekwondo. It is commonly practiced in many countries for self-defense and is available to anyone willing to compete based upon their ability and athletic support to train, posted blog.incheon2014ag.com

The WTF has firm belief that Para-taekwondo will continue to develop into a major paralympic sport and want to provide the best opportunities for that growth. WTF President Choue Chung-won stated, “The cooperation with the para-sports organizations will be a stable base for taekwondo to achieve the WTF’s goal.” And, “It will give underprivileged people hope and opportunity to compete on the world stage, which is very meaningful.”

The first ever Paralympic Games was held in Rome, Italy in 1960. First Games featured over 400 athletes from 23 countries in only eight sports.

Before Tokyo 2020, WTF attempted to get para-taekwondo into the 2016 Paralympics. Unfortunately, para-canoe and para-triathlon was selected over para-taekwondo. Currently, WTF has secured its place for standard taekwondo competition for the 2020 Tokyo Olympics and is now doing its best to get para-taekwondo a ticket to Tokyo as well. It has advanced to the second phase of application process with the sport of badminton.

In October, the announcement will be made for the final groups of games to be contested in the 2020 Paralympics.

The Tokyo 2020 Paralympic Games is scheduled to be held from 25 August – 6 September 2020. There is still a long period time before the opening of the Games but the para-taekwondo athletes would love to have the decision made as soon as possible. Their dream of obtaining an Olympic medal can come true once para-taekwondo is accepted as one of the featured programme. In hopes for the aspiring athletes, we wish the best for WTF’s campaign for acceptance in all the Paralympics Games.