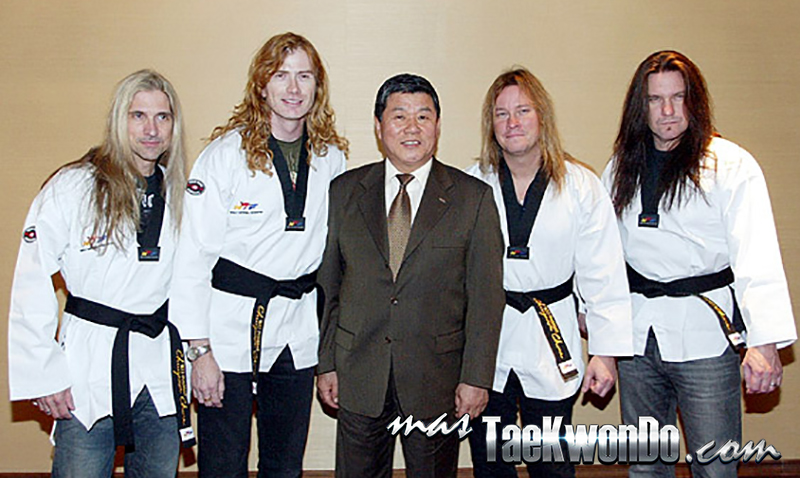 In 2006, the recognized American thrash metal band, “Megadeth”, formed in Los Angeles , California and led by Dave Mustaine,” , was received by the WTF, and all members were very pleased to visit the WTF facilities and proudly accepted the black belt graduation .

Dave Mustaine was a 1st Dan holder already. He started in 1999 in Arizona, but when he visited Korea with his band in 2006, the World Taekwondo Federation named him “Goodwill Ambassador” taking advantage that Megadeth had a show in Seoul, Korea.

Mustaine said: “Taekwondo is a great discipline. It was one of the things that changed my life. It helped me to quit my bad habits with drugs and alcohol. It helped me believe in myself and find an inner strength I never knew I had.”  Proud of receiving the award, the guitarist and vocalist said: “For me it is a big responsibility and I will do my best to represent this Federation.”

In masTaekwondo.com, as a digital media specialized in Taekwondo news, we consider important to highlight actions like this since they open the market and publicity needed in our sport; actions usually done in other professional sports.    These actions make Taekwondo reach more people, even the ones who are not necessarily involved with our martial sport; that is why we consider important to bring back this recognition as probably many people did not know of.