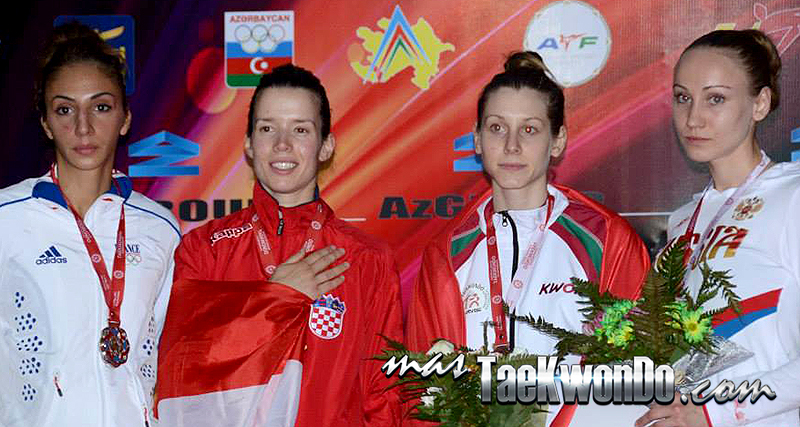 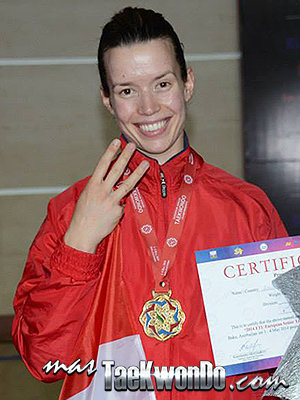 The twins Lucija and Ana Zaninovic, are known internationally for their achievements throughout their careers. Ana reached two World Finals, obtaining the Gold and the Silver medals.  However, she could never get a European title, but it did not seem to be a problem for the family, since her sister took the responsibility and won three.

Lucija apart from these three golds in Europe,  got a bronze in the World Championships in Puebla 2013 and an Olympic Bronze in London 2012, both in the under 49 kg Fly division.

On May 2, 2014 during the European Senior Championships in Baku the Croatian had a perfect day, and after defeating five rivals she got to the top of the podium.

Due to her position in the WTF ranking, she did not have a combat in the first round.  Do not forget that Zaninovic is the 4th in the WTF Ranking, position in which, today, she could go directly to the Olympics Rio 2016.  In the second round she faced the representative of Belarus, Iryna Vetokhina.  Zaninovic beat Iryina with a difference of twelve points, without receiving any point against.

In the third round Zaninovic won again without receiving any point and again with a difference of twelve points, this time competing against Cyprus, Irene Vetokhina and thus assures the bronze medal.

For the pass to the Finals the situation becomes more complex  as she had to face Russian Svetlana Igumenova , who was beat 8-6 and secure a place in the final against the French Yasmina Aziez , 7th in the Olympic Ranking, world and European medalist , whom she defeated for the minimal difference (5-4) reaching her third European title. 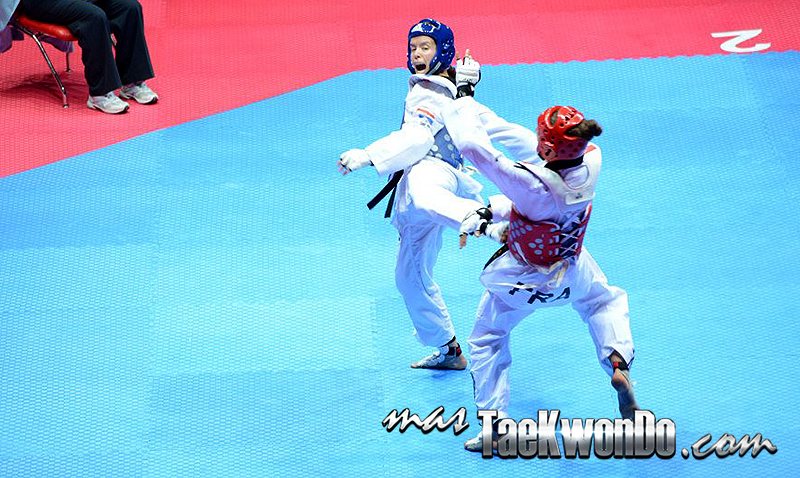