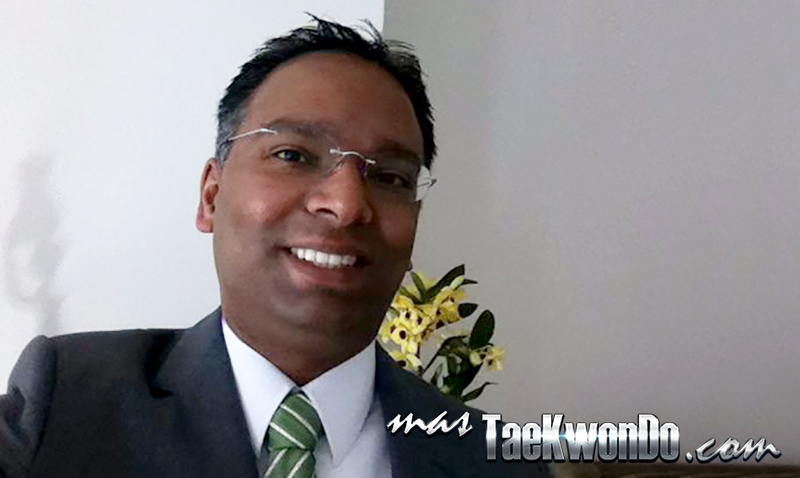 The ETU Executive Council decided on 30 April to issue provisional membership to Scotland and thus enable them to participate in the 21st European Taekwondo Championships, situation that created an uproar in the British Taekwondo.  That is why masTaekwondo.com decided to talk first with, Adrian Tranter, President of GB Taekwondo. (ETU: Are there two “Scotlands”?).

Then, masTaekwondo.com talked with Usman Dildar, Personal Secretary of ETU President and with Seelan Rengasamy, Director of Taekwondo England Limited; both clearly expressed their support for the new provisional membership issued to Scotland. (Find out the other side of the story about the Scotland issue)

In this article, we describe the background of the whole issue and the reason of this decision, thoroughly explained through the statement sent by Kenneth Schunken, ETU Deputy Secretary General.

What we present below, is what masTaekwondo.com received from Mr. Schunken and consequently represents ETU official position.

TKD Scotland has been for several years in contact with both WTF and ETU discussing their membership. In order to understand the discussion, a background of the legal situation in the United Kingdom is necessary. The United Kingdom consists of Great Britain and Northern Ireland. Great Britain is subsequently formed by England, Scotland and Wales. Scotland – being part of the United Kingdom and Great Britain – has its own government and legal system. In September of this year, Scotland will vote via a referendum whether or not it will become wholly independent.

Taekwondo Scotland was at one time under the umbrella of British Taekwondo but after they separated from British Taekwondo, independent membership was sought with WTF and ETU. A number of Scottish WTF practitioners remain in British Taekwondo. In the discussion on the possibilities for Scottish membership, ETU has looked to other sports that already have recognized Scotland as member. Among these (Olympic) sports are football, badminton, boxing, golf, volleyball, hockey and table tennis. ITF Taekwondo also separately recognizes Scotland and ITF Taekwondo is very popular there. As widely known, the FIFA recognized England, Scotland, Wales and Northern Ireland as their members. This having said, from a legal perspective, becoming a member of the taekwondo family is a complex process.

ETU has always been favorable to allowing Scotland to become a member of the taekwondo family. It is ETU’s conviction that all athletes in the world practicing WTF taekwondo, should be able to participate and compete in ETU events. ETU has been aware that the internal discussion on membership of Scotland has been an issue of controversy. Nevertheless, ETU is convinced that Scottish athlete’s should be able to compete and participate at ETU events. Discussions ETU has had about this subject have always been open and transparent and the issue was on the agenda for the last Council meeting.

The decision of ETU

The highest decision making body within ETU is the General Assembly. They have the final vote and among other things, they decide on new membership. During the ETU’s Executive Board and Council meeting, the discussion was focused on whether or not Scotland could participate at the 21st ETU European Senior Taekwondo Championships. During the meeting, the pros and cons of participation where discussed. British Taekwondo is ETU’s member and the benefits of being associated under the umbrella of British Taekwondo are significant.

The Executive Board and Council of ETU decided to allow Scotland to compete at the 21st ETU European Senior Taekwondo championships. The Council decided to recommend to the WTF President to consider to change its statutes in order for Scotland to be recognized as a member of WTF and ETU. To execute this decision, ETU will write a letter to WTF President Dr. Choue and ask him to consider the possibilities for Scotland to become member of WTF and if necessary to change the legal framework to realize this. Finally, the Council decided pending this to accept Scotland as provisional member of ETU to allow athletes to compete.

The ETU Statutes are clear on the issue of provisional membership. It means that the applicant for membership has fulfilled all application requirements and awaits final approval of the Council and General Assembly for their membership. Provisional members have no voting rights in official meetings, such as at the General Assembly, but they have the right to participate in all official ETU events. In the case of Scotland, it means that Scotland is still in the process of becoming a member of ETU”.