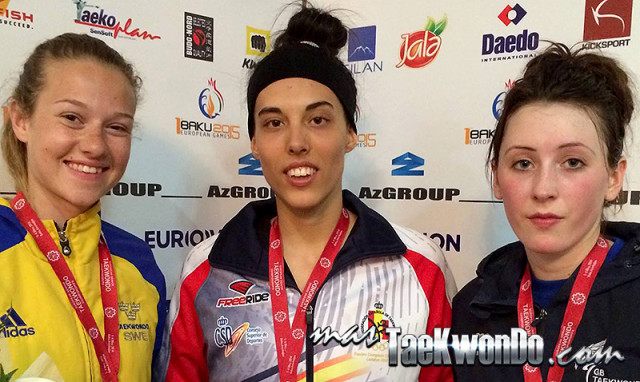 According to walesonline.co.uk, Olympic taekwondo champion Jade Jones failed to add the European crown after she was defeated in the final in Azerbaijan by Spain’s Eva Calvo Gomez.

Jones led Gomez 6-3 and then 9-6 midway through the final round before losing 11-9 and finishing with silver.

“I’m gutted with just the silver to be honest but I guess at least I’m picking up points,” she said.

“I’m disappointed with myself really.

“I managed to get myself ahead a couple of times, with good head shots, and then I made a mistake at the end and she got me back.”

Jones had booked her place in the with an impressive 9-2 win over home favourite Aghakishiyeva.

The North Walian martial arts ace had reached the semi-final after a 7-3 win over Cuhha of Portugal.

Jones, the world number one, had suffered a first round a scare after coming from 6-0 down to score seven points to win the contest 7-6, beating talented French girl Gbete. 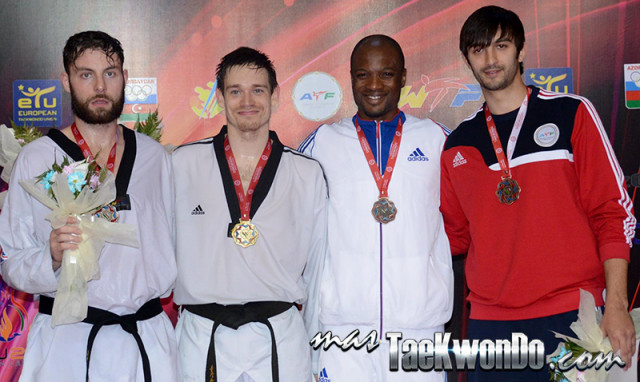 Cook, 23, who has represented the Isle of Man since he was controversially overlooked for the London Olympics, won after the final went to an extra round.

Sansum led Cook 3-1 after the first round of their final but the pair were locked at 8-8 and 12-12 after the second and third. That forced them to compete in an extra round, and Cook came out the winner.

The British team now have five medals after three days of competition.

Bianca Walkden became a European champion for the first time on Friday as she got the better of the world’s best, Olga Ivanova, while world number one Lutalo Muhammad won a silver after losing in the -87kg final.