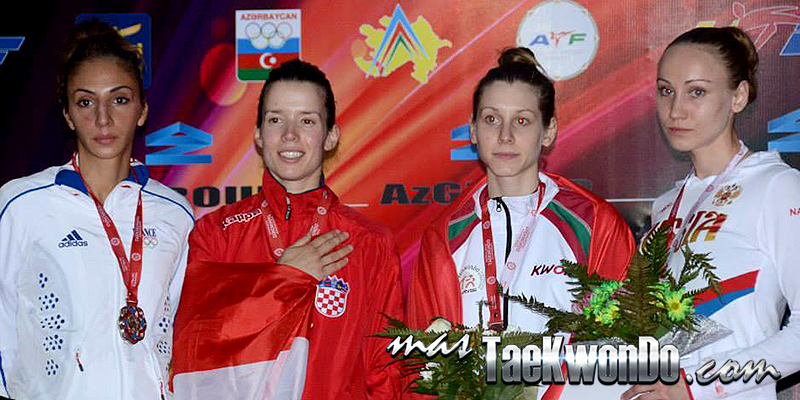 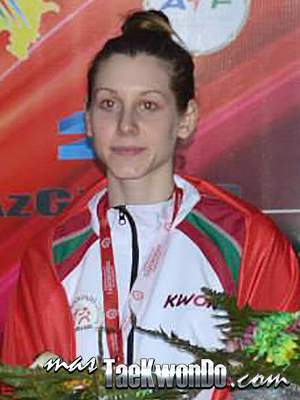 It was in 2013, when this renowned athlete in the Fly under 49 kg division, decided not to represent Canada any more, and started representing Hungary (the country where she was born in 1986).

Ivett Gonda won the Pan American Senior Taekwondo Championship twice (Santo Domingo in 2004 and Monterrey 2010).  In 2004, she also won the Gold in the American Qualifying Tournament for Athens 2004 held in Querétaro, México.  Later, she also qualified for the Beijing 2008 Olympics through the complicated and complex world tournament held in Manchester 2007, getting a Bronze.

Her debut with Hungary colors was in the Dutch Open 2013, event in which won the Gold medal and later she got the Bronze in the Canada Open.

The blonde, 1.70  mts. returned to the podium of a continental championship in the Fly under 49 kg division, but now in Europe.

Due to her position in the WTF Ranking, Gonda did not have to compete in the first round. In the second round, she beat Isabel Sanchez of Spain, 4-3.  To be able to reach the medal zone, she beat the great Turkish athlete Yildirim Rukiye, 10-4. For the pass to the Final, she faced another great competitor, the French Yasmina Aziez, who lost by golden point.

It is important to note that the winner of this division was the Croatian Lucija Zaninovic, an athlete that, with this Gold, becomes a three-time European Champion.