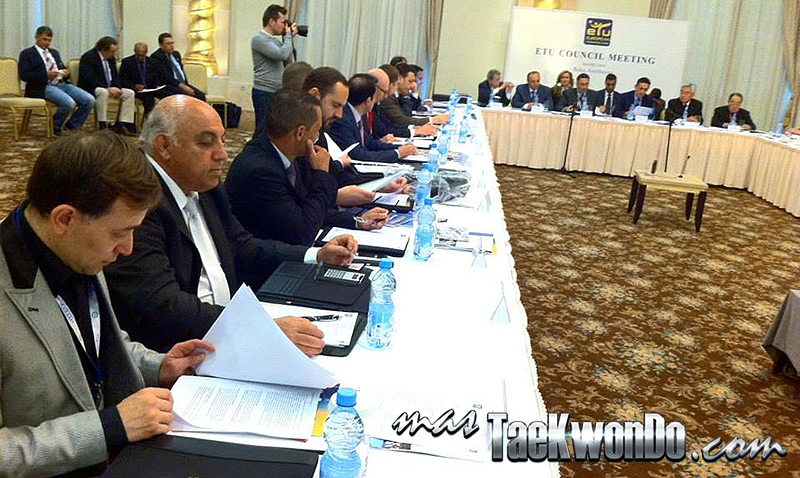 The most important representatives of the National Federations members of the European Taekwondo Union got together at the Kempinski Hotel Badamdar in Azerbaijan Baku, to discuss issues on how to face the next Olympic Games Rio 2016.

Among the important issues discussed are:  changes in the competition rules, changes uniform of athletes and referees, even for coaches.  Regarding athletes´ uniforms it seems that they will go back to past designs:  tighter; as for referees, the uniforms will use brighter colors.  Finally, it was discussed that it had come the time to unify the clothes coaches use when they sit on the chair during competitions.

Other issues discussed were:

They also talked about the last steps prior to 2016 Rio Olympics:

Finally, ETU Council decided that the next European Senior Championships which was scheduled for 2016 will take place in the city of Montreux, Switzerland.

This is the information about the political issue.  MasTaekwondo.com will keep you informed about the sports competition, as always.