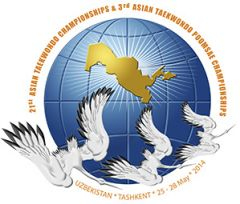 One candidate from Goa, India has been selected to officiate the 21st Asian Taekwondo Championship which will be held at Uzbekistan from May 25 to 28. Her name is Angela R Naik from Borda, Goa she became the first Goan lady international referee as she cleared the International Referee Examination conducted by World Taekwondo Federation in Bangalore.

This is the 2nd time that she has opted to officiate, instead of representing the country as a player, due to financial constrains.