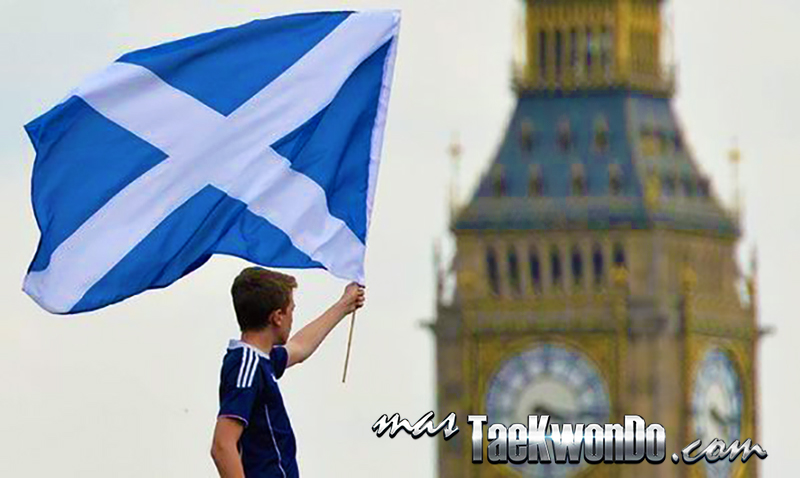 Recently, ETU granted provisional membership to Taekwondo Scotland Limited, after the unanimous decision taken by the ETU Executive Council, which took place without the participation of British Taekwondo President neither Sarah Stevenson, UK, both ETU Council Members.   (See  ETU: Are there two “Scotlands”?)

MasTaekwondo.com continued investigating this issue and in order to clarify this subject, we will give you general information about the parties involved.

UK Taekwondo Development Council:  institution recognized by by the Sports Council as the only Governing Body for Taekwondo in the United Kingdom:  ,also it is  recognized by The World Taekwondo headquaters (KUKKIWON), World Chungdokwan Headquaters, World Mudo association, chaired by Nigel M Hudson.

Taekwondo Limited England:  was established in October 2012, and its goal “ is to raise the technical standards, participation and public interest of Taekwondo in England”.  Presently is led by Usman Dildar, President and Mr. Seelan Rengasamy, Chairman..

Taekwondo Scotland Limited: Established in October 2007,  it shares the same goal as the institution mentioned above.  Its Chairperson is Ms. Fiona Cruickshanks,  and this is the group who was awarded temporary membership as ETU members.

After this explanation, we can start telling you the other side of the story:  according to Rengasamy, Taekwondo Scotland LT – TKDSL has around 1800 memberships in contrast to the 350 Scottish members that BT has.  For many years, the TKDSL has been fighting to be independent from the GB, due to disagreement with the way in which such entity is managed.

“I was surprised by Mr. Tranter´s comments when he said that he did not know why we left GB and that the doors were always open.  Of course, it is true, the doors are open, but once you enter they locked you up, and you have to comply with the GB´s rules although you disagree with them” said Rengasamy .

“We left BT, after we realized the way BT managed the memberships.  Ever since, we train any athlete, as it should be in all martial arts.  British Taekwondo has around 8000 members, but they actually count on only 4500; the rest are members only because they have no choice, otherwise they would have already gone.” continued Rengasamy .

“There are around 70,000 Taekwondo practitioners who are not members of BT;  they are out because they know what they would face if they were in”  said Rengasamy .

“Scottish athletes have been banned from competitions, including national events.  ETU has received many letters asking for the right to be independent members in order to be able to compete, and this has been done due to the refusal of British Taekwondo.  TKDSL has done that only to  seek opportunities for Taekwondo practitioners to compete, opportunity that they don´t have with BT so they had to go to ETU to get their support “ said Usman Dildar as a personal opinion and not speaking on behalf of any entity in particular.

“Mr. Adrian Tranter said in the interview made by masTaekwondo.com that he didn´t know about the ETU Executive Council Meeting held in Baku.  That cannot be true since the agenda was sent to all Council members in advanced.  In the agenda the Scotland issue was clearly stated;  if he decided not to attend, it was his problem”  said Dildar , who is also Deputy Director of the WTF Games Committee.

“In fact, some BT staff asked Tranter if the ETU Council Meeting would be held in Baku, to which he said no, knowing actually that the meeting was to take place” Dildar continued.

“A good example is Aaron Cook’s situation; who was not allowed to compete in the Olympic Games in London, neither in the German Open last year.  He received a document that Tranter sent to the organizing committee trying to prevent his participation.  Tranter is taking things too personal and he is taking things to a level he´s not supposed to”, expressed Usman Dildar.

“BT has more than 20,000,000 pounds in their budget, why don´t they let all athletes to compete? for instance, athletes from Scotland or from the Isle of Man.  They are closing the circle and they just allow certain athletes to compete.  I have over 800 members and I had to resign from BT after 15 years because I did not receive any support from them.  I have 5 to 10 national champions who never were allowed to train with the national team and they never received a penny from the government.  Apart from the great work that the technical staff other people who are not involved in politics are doing, Tranter is taking things to another level” Said Dildar regarding the bond that should exist throughout the United Kingdom.

“Tranter´s wife and son are part of his staff, and it has become a family business” said the WTF leader.

“The decision to give the provisional membership to Taekwondo Scotland Limited was taken unanimously by the ETU Council Members, with the objective to give Scottish athletes the opportunity to participate in international events, not to get ranking points or for any other reason.  In order to get to the Olympic, all the athletes must compete through British Taekwondo” expressed Dildar .

“Now the next step for this Scottish group would be to become independent before the WTF and compete under their own flag in official events, in case they decide to go ahead with this” said Usman Dildar .

MasTaekwondo.com will continue to bring exclusive information regarding this issue. Don´t miss it.