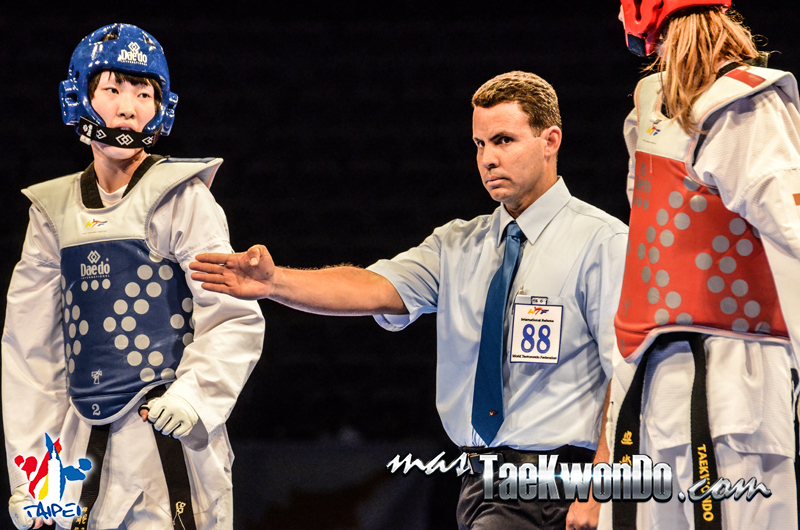 We cannot start this report without mentioning what masTaekwondo.com published around a month ago, about the “slippery mats” since, in the Article 3 of the Competition Rules, it is stated that the mats must be covered with elastic and non-slippery material

After a thorough analysis of the changes, masTaekwondo.com brings you the most important details:

Current rule:   The Competition Area and the safety area shall be different colors, as specified in the relevant competition´s Technical Manual.  The color of the color mat is not specified.

Current rule: Although the 8 × 8 mt. square Contest Area may be used, the WTF Assembly approved to implement the squared shaped area  not smaller than 10m x 10m and no larger than 12m x 12m .  At the center of the competition area shall be the octagonal-shape Contest Area, which should measure 8m  in diameter  and each  side of the octagon  shall have a length  of  approximately 3.3 m.

Previous rule: The position of the Referees and Judges was exactly stated. .

Current rule:  There is a guide for the positions of Referees and Judges, however, now the rule is more flexible in order to facilitate the vision to the media and broadcasting.

A new section is added to this Article that refers that each national association  must ensure that all team members have been given medical exams that show that athletes have good health and fitness to compete.

This article refers to the procedure of the combat and now they add the following point:  “The referee may pause a contest by declaring Kal yeo (separate) and resume the contest by the command of Kye sok (continue). When the referee declares Kal yeo, the recorder should immediately stop the match time; when the referee declares Kye sok the recorder should immediately restart the match time.” 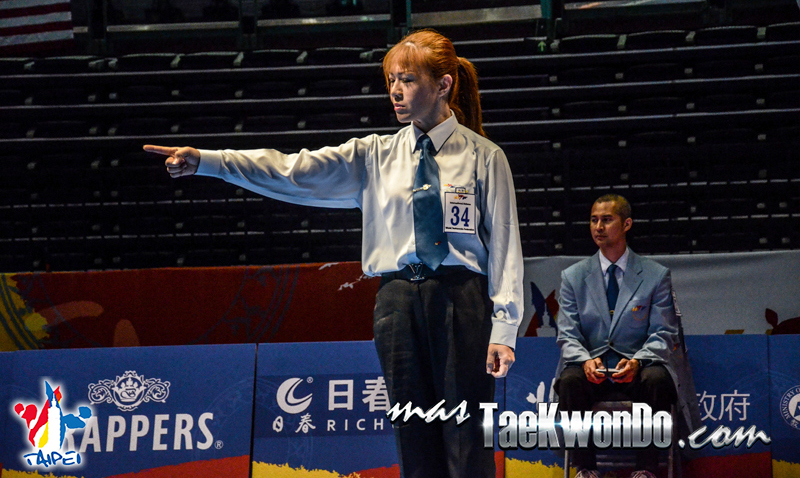 Previous rule:  This regards the permitted techniques, especially to the fist techniques:  it was allowed to deliver a punch using the tightly clenched fist.

Previous rule:  Valid points to the head:  “The area above the collar bone (i.e.  whole part of the head including both ears and the back of the head).

Current rule:   Valid points to the head:  “The entire head above the bottom line of the head protector”.

Previous rule:  Depending on the techniques used, an athlete could score 1, 2, 3 or 4.

Current rule:   They added one more clause:  “One (1) point will be awarded for every two Kyung-gos or every  Gam-jeon given to the opponent contestants”.

If a referee perceives a contestant to be knocked down by a kick to the head, and so begins counting but the attack was not scored by the PSS or Judges, the referee may request video replay to make the decision for awarding or not awarding points after the count”.

Present rule:  The following actions are prohibited:   Lifting the knee to block or/and impede the opponent´s kicking attack, or lifting a leg to impede opponent´s attacking movements without execution of any kicking movements.

Previous rule: Before any round the referee must check whether and attempts were made to manipulate the scoring system and/or increase the sensitivity of the sensing socks, or any other method. If the referee finds any intentional manipulation, he shall give the competitor a Gam-jeom and shall reserve the right give a penalty.

Current rule: If the Referee or officials in the competition area determine that the coach or athlete has attempted to manipulate the PSS sensors or has altered the PSS, the contestant shall be disqualified.

Previous rule:  When a competitor receives eight (8) Kyung-gos or four (4)  or any combination of both that add four penalty points,  the referee shall declare the competitor loser by penalties.

Current rule: This disqualification will take place when the competitor accumulates ten Kyung-gos or five Gam-jeoms or the combination of both totaling five points.

Attacking the opponent after “Kal-yeo” is very dangerous.  The new rules explain this issue:

2) If an attack after Kal-yeo did not reach the opponent’s body but seemed deliberate and malicious, the referee may penalize the behavior with a “Kyong-go).

The new competition rules  states that if a misconduct is repeated after a “Kyong-go”, the referee may give a “Gam-jeon” even for the same behavior.

When the misconduct is committed by the Competitor or Coach during the rest period, the Referee may immediately declare the penalty and such penalty shall be recorded on the next round´s result. 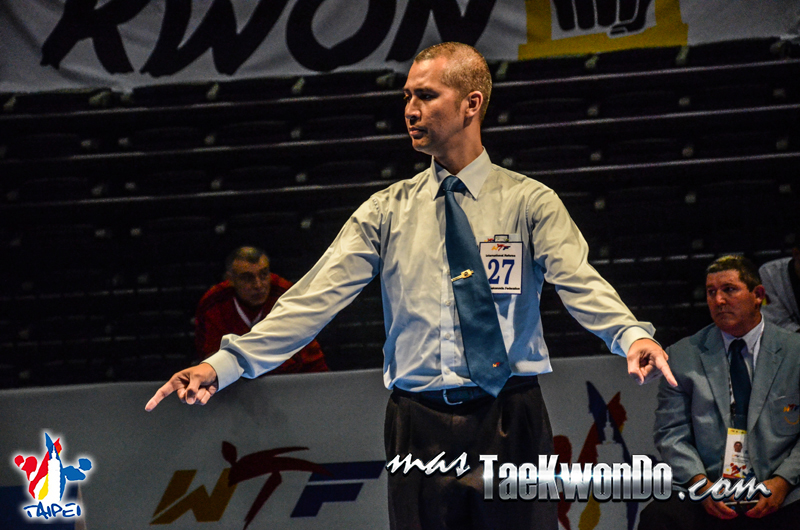 The Decision of Superiority is defined as follows:

1) The contestant who achieves a higher number of hits registered by the PSS during the fouth round.

2) If the number of hits registered by the PSS is tied, the contestant who did not receive Kyong-go will be the winner.

Regarding the decision of winning by KO, the complete section is replaced by the section regarding the RCS (Referee Stops Contests).

Procedure for suspending a match

The following is added:

3)       If the athlete, after having received first aid treatment, gets injured again, the chairperson of the Medical Committee of the commission doctor assigned by the chairman may advice the referee to stop the match and declare the injured athlete, the loser. 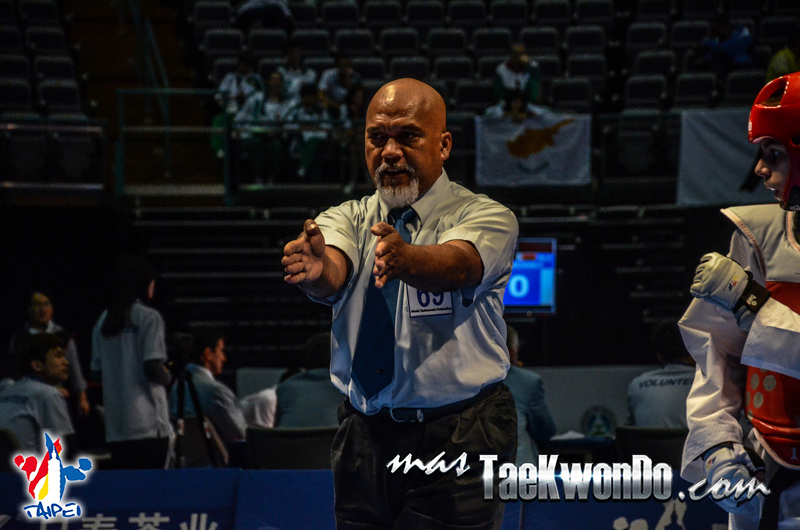