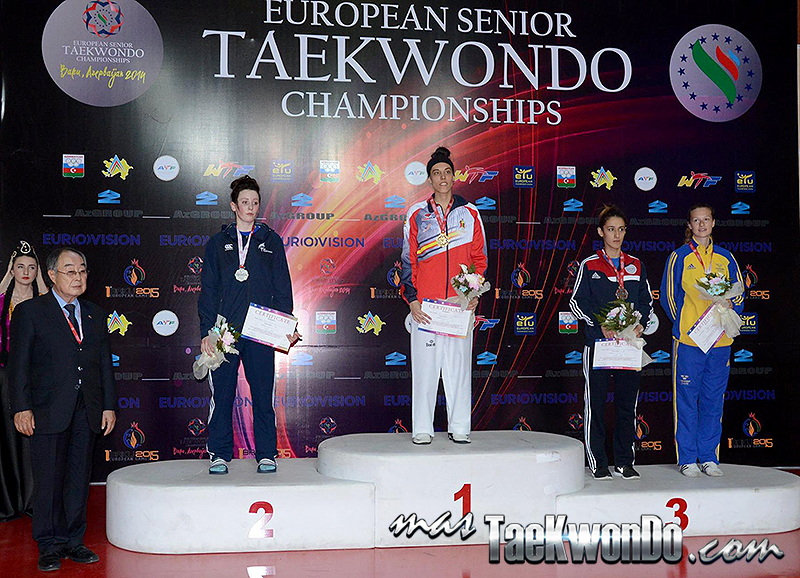 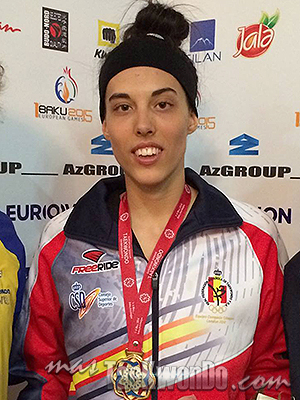 Eva Calvo has been making headlines in masTaekwondo.com due to her constant victories that began in the World Taekwondo Championship 2013 in Puebla, where the Spanish took the bronze medal. Subsequently, she won the Mediterranean Games (Mersin 2013), and had an excellent closing getting the 80 ranking points after winning the Grand Prix Final in Manchester.

During the European Senior, Calvo has had a tough road to the final. The Madrid girl began beating Greek Apostolia Tsantoukla, 9-3; in the quarterfinals she beat the Croatian Tanjia Rastovic, 13-7. In the semifinals, the Spanish defeated, showing great superiority, the Swedish Nikita Glasnovic 9-2; Later, at the Final she finished her great performance, defeating none other than the Olympic Champion from Britain, Jade Jones. At 21, Eva Calvo has just gotten the greatest success of her career.

This is not the first time that Calvo beats Jade Jones since Calvo defeate Jones twice:  Spain Open and at the Grand Prix Final.

Calvo´s medal is the third one won by Spain in the European Championships being held in Baku after the ones obtained by Jesus Tortosa and  Rosanna Simon. 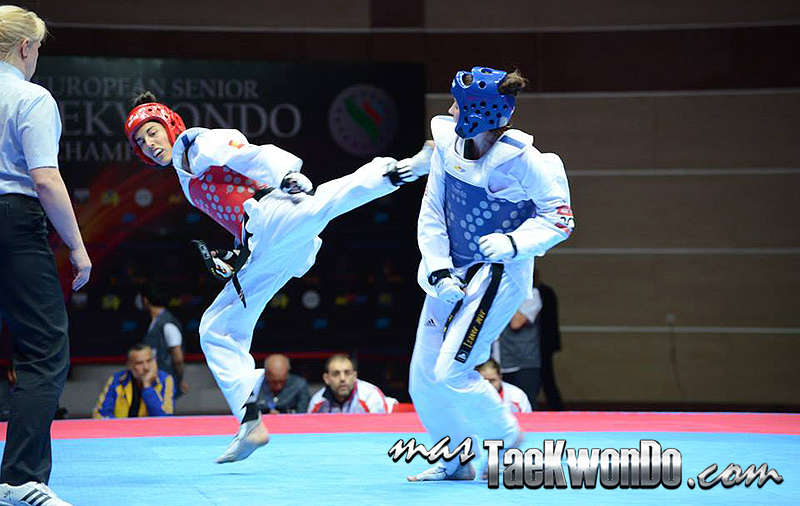