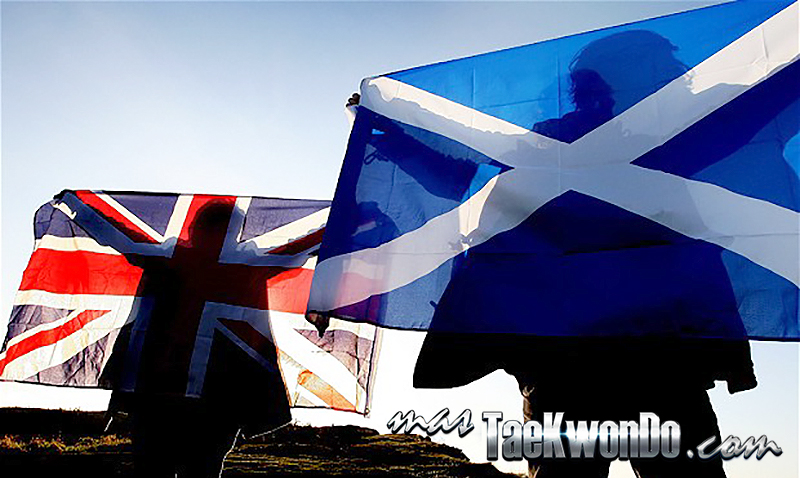 Just before starting the European Senior Championships held in Baku, Azerbaijan, the ETU Executive Council, without the consent of GB Taekwondo, approved and welcomed Scotland as a new independent member of the European Continental Union.

This surprising situation caused a shock to the technical staff, coaches and athletes of the Scotland National Team, who are part of the Taekwondo Scotland which has been the legitimate national Taekwondo federation in Scotland since 1992 and is recognized by British Taekwondo which is the National Governing Body for Taekwondo in the United Kingdom and also recognized by the Commonwealth Taekwondo Union and  the British Olympic Association .  Why would ETU do this and not follow their own laws?  It looks like the majority of the ETU members who voted to give membership to the wrong Scottish Taekwondo group were deliberately misinformed.

The whole Taekwondo family within GB Taekwondo hopes this situation will be soon clarified and that ETU sticks to its rules.

Adrian Tranter, President of GB Taekwondo, talked exclusively with masTaekwondo.com and expressed his disappointment and disagreement on about this serious situation.  “I really do not understand why this happened, we will try to handle this situation wisely and investigate deeply about this decision with ETU and WTF, since we were informed neither consulted about this matter.”

“We hope that ETU Statutes will be respected since I think this was a wrong decision taken by the ETU Executive Council” said Tranter in conversation, suggesting that there was misinformation, since, as we mentioned before,  Scotland Taekwondo was never notified.

When asked what would be the next action GB Taekwondo would do, Tranter answered:   “All the members of GB Taekwondo must have a meeting and decide the correct approach to ETU.”

For curiosity´s sake, we asked him:  Where does this group named “Scotland” come from?   “Of course, we know who they are.  They used to be part of the British Taekwondo Federation.”

Apparently this group got “independent” from GB Taekwondo four years ago, and Tranter surprisingly does not know the reason of such action.

Two Scottish teams are now recognized by the ETU, and both are trying to get to Rio 2016 Olympic Games.  We wonder which group would have the right to get to Rio, if now there are two different “Scotlands?  “We invited them to join us again after they left; we told them that the doors were open.  However, we do not really know the reasons why they did it “ said Tranter .

“Bailey, who recently won the bronze medal in the European Senior Championships 2013, is part of the Scottish team, which is recognized by GB Tekwondo. “

Perhaps now a collection of clubs from the Spanish regions of Galicia, Catalunia and the Basque country can also be granted memberships and be allowed to compete at the European Championships against Spain?  Of course there are many more examples that can be used from all around Europe, but this illustrates the present situation.

This is just the beginning of this serious situation happening in Europe.  MasTaekwodo.com will bring you more details.

One thought on “ETU: Are there two “Scotlands”?”