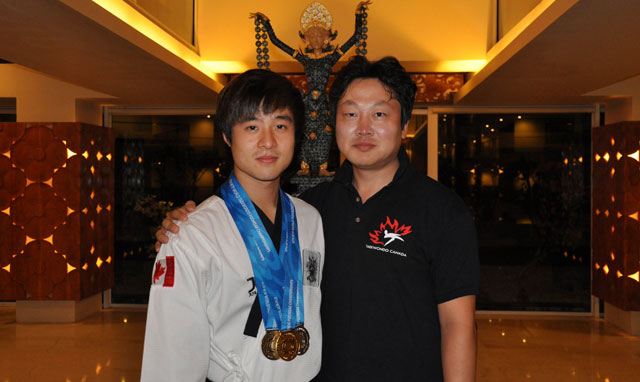 Canadian double World Champion Charlie Chong aims to make a new and bold impression as he vies for his 3rd World Freestyle Poomsae Taekwondo Championship. Arriving to Korea for the first time in his life in May 9, Charlie will train with the renowned Kings of ConneXion for two weeks.

After wowing crowds in Tunja, Colombia in 2012, 21 year old Chong became the first ever World Champion in Freestyle Poomsae Taekwondo’s debut. The 3rd Dan blackbelt holder then smashed the standards he had set for the world by claiming a second world title in Bali, Indonesia the following year. He now is taking aim for a 3-peat in Aguascalientes, Mexico this October. 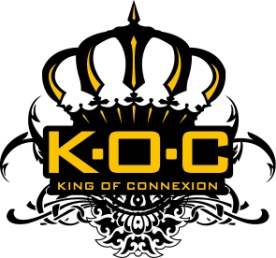 On his mission for 3rd title, Chong explained, “I love Freestyle Poomsae Taekwondo. The past two years have been amazing for me. I have been able to deliver performances that I am proud of. But, I am ready to bring something bigger and better than ever to our sport.

“I know I need something special and the Kings of ConneXion exactly that. They are special.”

After watching the groundbreaking group on youtube videos, heavily decorated world taekwondo superstar and his taekwondo master Seongmin Rim sought out the acclaimed group to collaborate on his program.

“He has done things that I think that he can’t even imagine. From Tunja, Colombia to Bali, Indonesia, he has proven to be the real deal. But, Charlie has bigger dreams and as his friend and his coach, my job is to help him reach those dreams. He knows where he wants to go and I am going to help him.”

The Seoul based Kings of ConneXion was built by and under the direction of founder Il Ho Cho. The group has become one of the most noted names in martial arts exhibition, b-boying, and tricking in Korea, the home country of taekwondo. However, the Redbull sponsored group is always looking to go bigger and go higher.

Kings of ConneXion leader Cho said, “Hearing that someone as decorated as Charlie was interested in us was so exciting! I couldn’t believe it. We are so excited to have him come and train with us. Just to even be a part of his mission to get his 3rd World Championship title is amazing!

“Our team is so excited to get started! We are ready for Charlie!”

The ConneXion has competed and performed all around the world, been featured in international add campaigns such as Burger King, Mr. Pizza, and Kellog’s Frosted Flakes. They were also the lead organizers of the Redbull “Kick It” competition, an inaugural event that brought 6 world champion teams together for series of 1:1 battles of acrobatic martial arts.

“I am so thankful to my coach, the Kings of ConneXion, and all those that have helped to bring together this collaboration. I love learning new skills and reaching for the next level. My goal is always to be better, and this what I am doing here in Korea.

“I can’t wait for Mexico. My goal is to take everything to the next level and inspire more young people to take up this sport I love!” 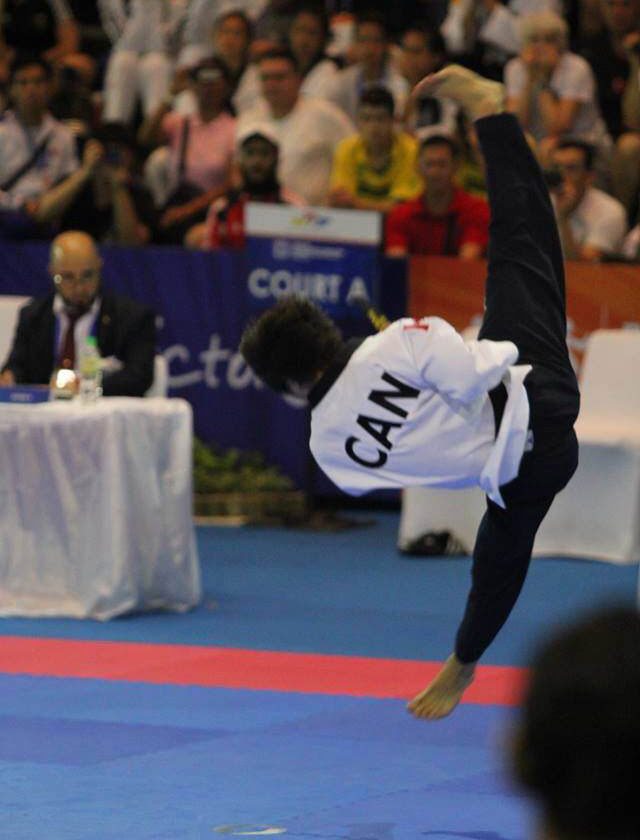