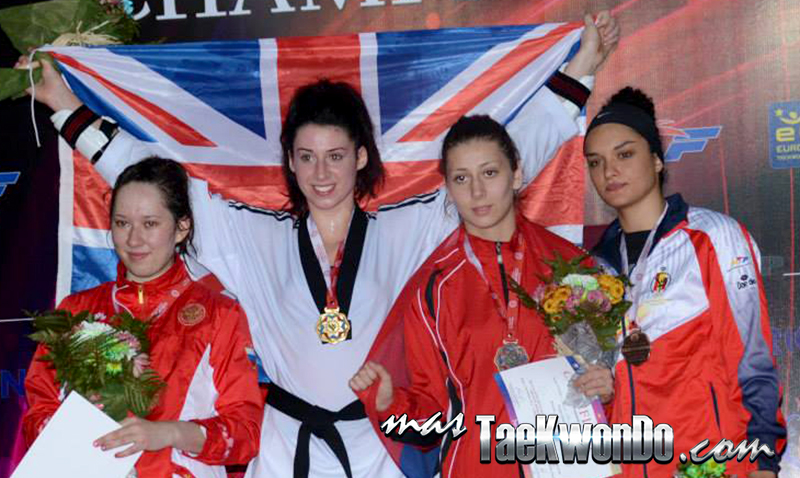 Walkden, 22, beat the Russian world number one 6-2 at the European Taekwondo Championships in Baku informed the BBC in their digigal paper.

She said: “It’s amazing. I could win Open events, but I could never do it at a major. Until now.”

World number one Lutalo Muhammad won bronze in the -87kg to take Britain’s medal tally to three in two days.

The 22-year-old, bronze medalist in the -80kg category at London 2012, was a surprise winner at the event two years ago.

And Walkden has set her sights on emulating Muhammad by competing at the Olympics in Rio in two years’ time.

She said: “I want to take all this in and then start collecting enough ranking points to get to Rio. I want to have another gold medal around my neck in two years’ time.”

Scot Asia Bailey secured Britain’s first medal in Baku with bronze in the -46kg on Thursday.