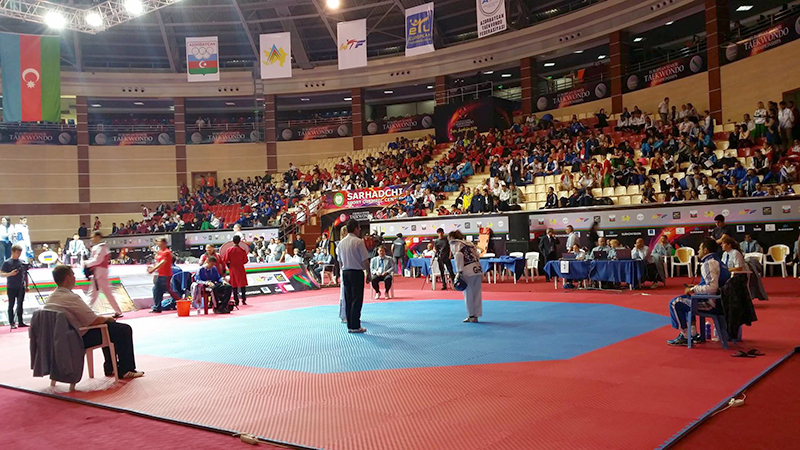 The European Taekwondo Union informed through its official web about the importand statements given by leaders and athletes during the press conference given before the start of the sports competition, which shows a  record number of 404 athletes from 46 countries and regions.

The Minister of Youth and Sport in Azerbaijan, Mr. Azad Rahimov, commented that:

“Azerbijian is a nation with a strong heritage and history within Taekwondo. This event is a great opportunity to showcase our city and to help the World Taekwondo Federation and the European Taekwondo Union to inspire the youth through Taekwondo”

“European Taekwondo is on the rise and I’m impressed with the continuous development of the athletes and the European Taekwondo Union. Azerbaijan has always been a strong supporter of Taekwondo and they have hosted many successful competitions which gives them a very strong platform for the 2015 European Games. I am very happy with the excellent work being done by ETU president Mr. Sakis Pragalos” 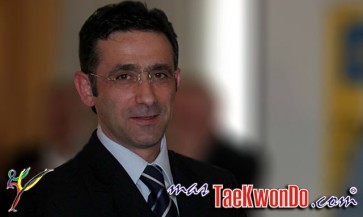 “It is a pleasure to be here and to ensure the successful progress of our sport and it is wonderful to see the great developments here in Baku. The European Championships are always a proud showcase of the talented athletes that we have, with  three Olympic Champions here today as ambassadors  who represent the strength of Taekwondo in Europe. We are delighted with the work of the Azerbaijani organizing committee and anticipate fantastic championships”.

Carlo Molfetta- Olympic Champion London 2012:  “Baku has changed and improved so much since I came here in 2005. It’s a beautiful place to relax before the hard work of the competition and I think it will help me to perform at my best.”

Tazegul Servet -Gold Medalist Olympic Champion London 2012: “The road to the Rio Olympics begins here for us and this event carries a lot of ranking points so I’m really motivated.  I hope to perform well and entertain the fans”

Milicia Mandic-Olympic Champion London 2012:  “It is a great pleasure to be here with all of the leaders of the World Taekwondo Federation the welcome of the organizers and volunteers has been great and I’m happy to be here and ready to compete”.

Aside from the press conference the European Taekwondo Union held its General Council meeting where the executive council unanimously welcomed Scotland as a provisional member of the ETU.