This is the third senior European title gotten by Aaron , but the first without being able to defend his country, because as we all know, due to problems with GB Taekwondo, he decided to look for another national team in order to continue competing  at an  international level.

The Final at the 2014 European Senior Taekwondo Championships had an extra emotional ingredient, as Aaron had to face Damon Sansum, the British representative who was defeated in a thrilling fourth round after finishing 12-12.

Cook and Sansum had already fought in previous occasions twice in open Championships with a win for each one. Sansum had won at the Paris Open in 2013 and Aaron took revenge in the Bahrain Open 2014.

Aaron used his Facebook account to give his appreciation of everyone, especially the people of the Isle of Man for trusting him and his family, for all the support they are giving to him, and thanked especially his brother and coach. 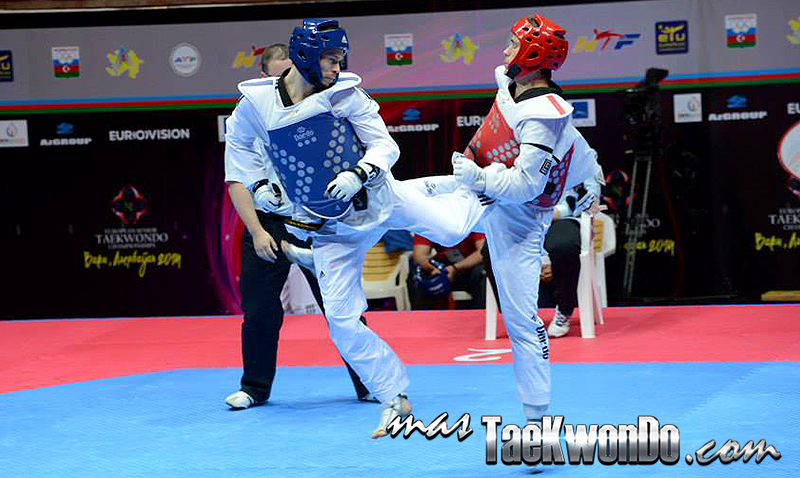