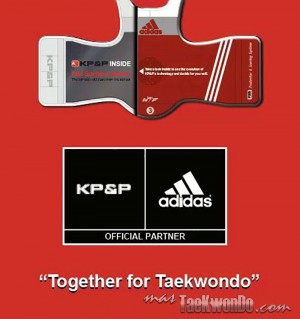 It is expected Adidas and KP&P will expand its field into Boxing, Karate and other martial arts after both companies signed an agreement.  It was also announced that the World Taekwondo Federation signed Adidas-KP&P.

These two companies have strong belief and commitment that this remarkable step would make global Taekwondo more popular, based on the catchphrase “Together for Taekwondo”.

Michael Arndt (Marketing Director of Double D,  Adidas martial arts licensee) said that  Adidas is confident that KP&P is the most finest and stable product that is able to complete “Authentic Taekwondo”.

KP&P CEO, Mr. Cho Seong-Geun said:  “The  first priority of Adidas and KP&P´s co-branding is the 2016 Rio Olympics and we will do  our utmost to achieve our target, including also a continuously upgrading and developing current PSS”.

KP&P released its product in 2009 and received positive feedback after the use of such system in numerous events and competitions in Korea.  KP&P was recognized by WTF in 2013 based on plentiful experiences with KTA (Korea Taekwondo Association) for four years of actual real practice.  Furthermore, KP&P made an exclusive contract with Pan American Taekwondo Union and its main sponsoring company, ATU (Asia Taekwondo Union).  KP&P PSS (Protector & Scoring System) has been rapidly adopted and used in China and Russia in major competitions.

KP&P has received good feedback in the technical aspect and it is expected that this co-branding project will accelerate its presence, leading to a global expansion with the help of Adidas.

Additionally Adidas and KP&P have agreed to expand in the martial arts field including Boxing, Karate, etc. by adjusting its technology.

It appears that PSS field may be boosted and invigorated by this cooperation:  one with high technology and the other with global brand power.

Adidas-KP&P is going to present a new electronic head protector demonstration as a one brand during the Youth Olympics qualification in March in Taiwan. 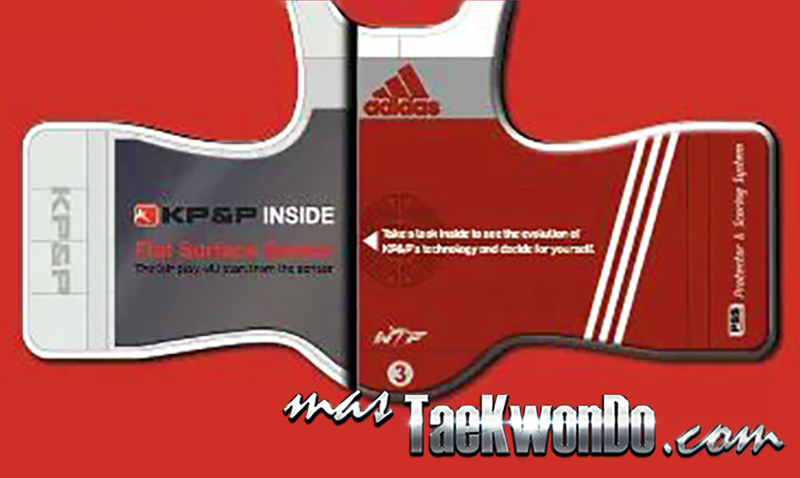 One thought on “KP&P and Adidas signed a business partnership”