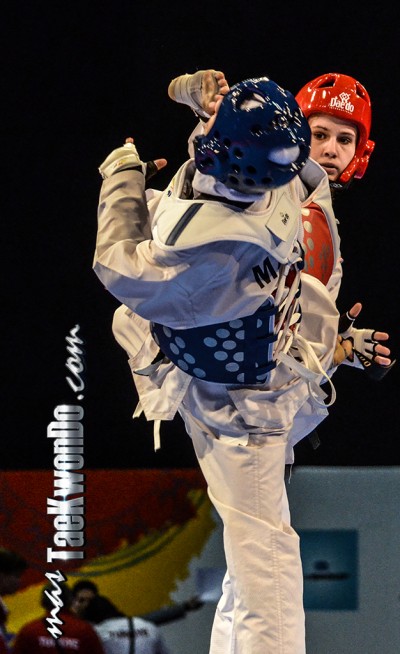 The first day of competition began in the Qualifying Tournament for the Youth Olympic Games with the novelty, as MasTaekwondo.com had already informed a few weeks ago, about the octagonal competition areas which centers the fighting area and avoid the corners.

In addition to this, the new rule on slippery mats was immediately applied just before the official competition started as they removed the slippery material from the Daedo brand new mats using a polishing machine to avoid athletes to slip during the combats, as it had been usual in the past competitions.

Although it is too early to make an objective judgment, the first impression is good, because even though athletes sometimes slip, it does not happen as frequent as in previous cases.  Due to the characteristics of the sport and the inertia of the movements when fighting, this type of accidents may sometimes happen.

This and more exclusive details, only through masTaekwondo.com

3 thoughts on “The fight against slippery mats”