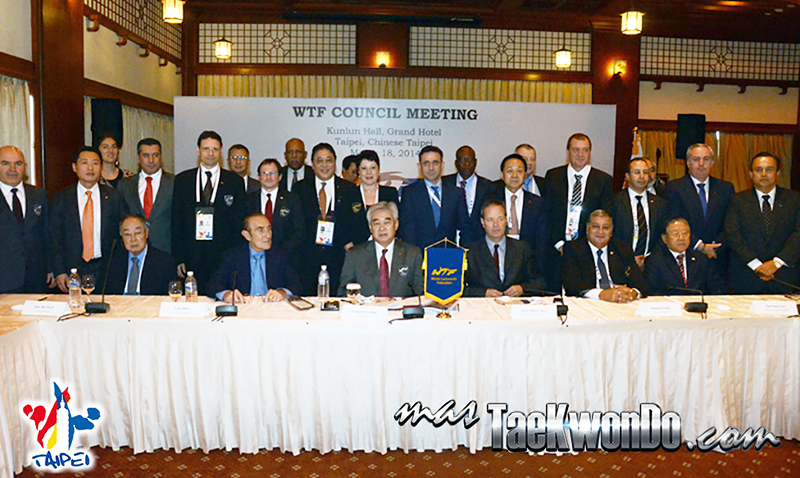 The WTF Executive Council meeting was held today at 10:00 a.m. at the Grand Hotel, however, some hours before the WTF Council members gathered in groups by affinity to discuss what the meeting might bring.

The meeting began as usual with welcoming remarks by WTF President Dr. Chungwon Choue;  among the important issues he confirmed was the details of the host cities for the next events:  2014 Grand Prix, in Kazakhstan in June, China in September, Manchester in October and Mexico  for the Final GP, to close with a gold brooch with a Gala Dinner in which WTF will honor and award the best athletes in Taekwondo as MasTaekwondo.com had already informed in our exclusive interview with the President of the Mexican Taekwondo Federation MasTaekwondo.com will give many surprises and new dynamics to this important event.

Additionally, a minute of silence was observed in memory of the Turkish athlete who died during the Luxor Open. 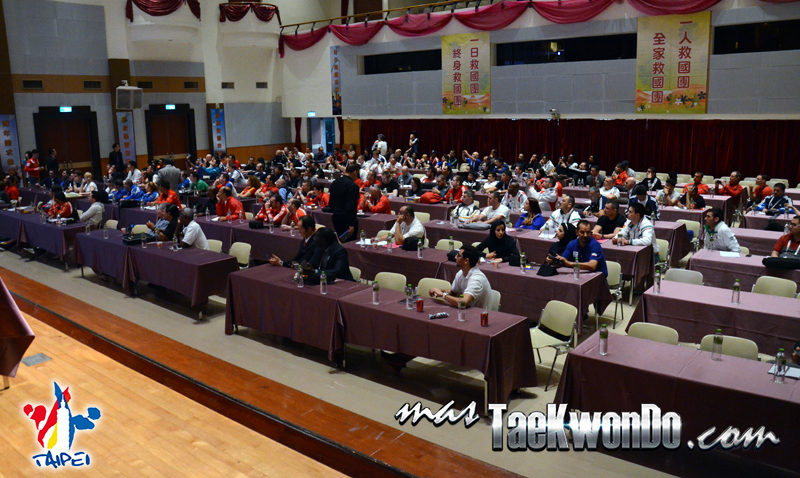 As usual the WTF Council Meeting was carried out without any opposition to the proposed changes and ended with the classic family photo.  Immediately we went to the Head of Team Meeting and Drawing of Lots for the Qualifying Tournament for the Youth Olympic Games, with the initial speech given by Jay Lee, WTF Sports Director and later Mr. Chakir Chelbat explained the details regarding the refereeing and the more important changes to be applied during these competitions.

Finally, they proceed to carry out the drawing of lots for the Qualifying Tournament to start the competition.  A press conference will be also given by the WTF. 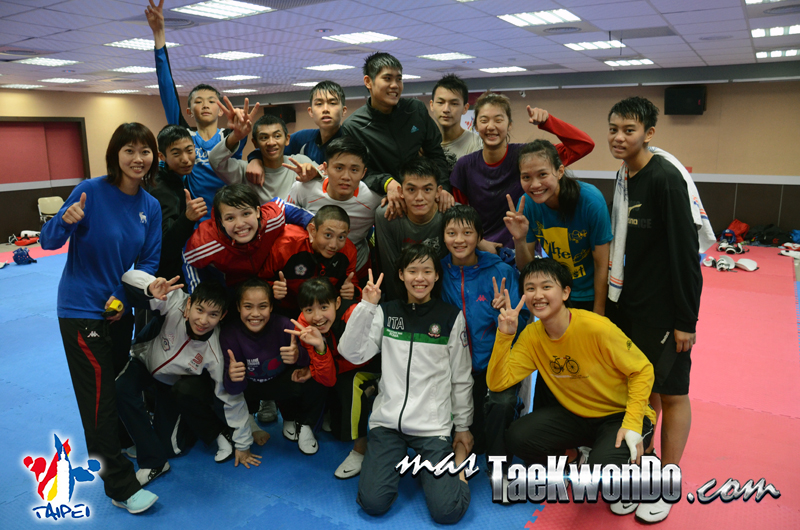