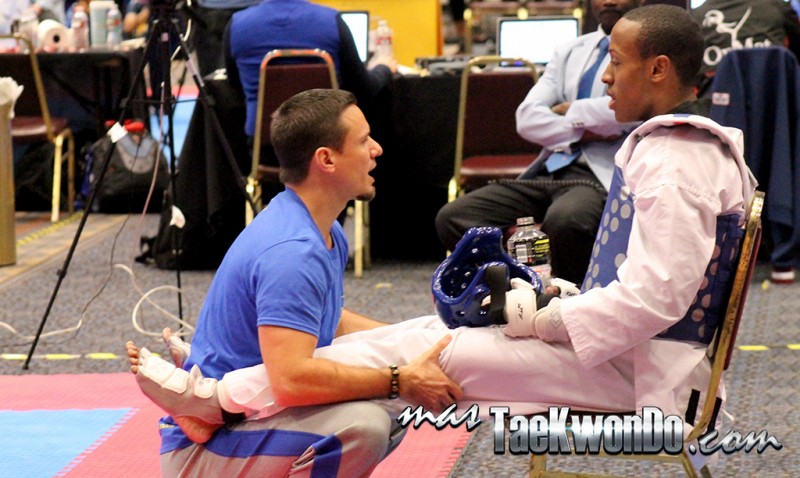 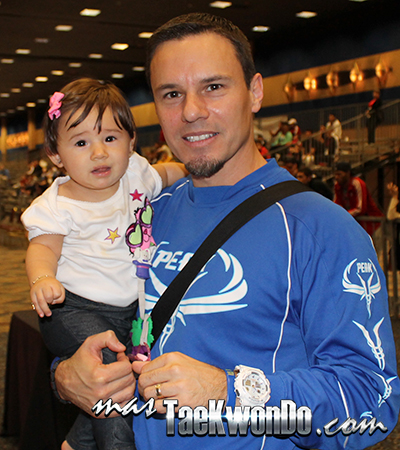 We understand that you have seven athletes qualified to the United States National Team, what does that mean for you?

You know it’s a little secret, the last three years I qualified seven athletes to the National Team. It means a lot of work for me, but people have just started to notice it, however we have been working this way for the past ten years.  It is rewarding having athletes in the National Team and obviously in the Olympic Games.  Two out of four Olympic athletes were my students and two of them got medals.   We are excited to continue growing.

Tell us about your school, “Peak Performance” and why everybody wants to train with Juan Moreno.

What are your next goals?

I always think about the four-year Olympic Cycle, but now we must pay close attention to the Grand Prix, so I’m focusing also on the next GP Series so my athletes can get as many ranking points as possible in order to get to the Final Grand Prix and get a Gold, a Silver or a Bronze and finally get to Rio 2016.

Let’s talk a little about the evolution of Taekwondo.  A few years ago there was not video replay or electronic systems.   What do you think about Taekwondo system today?

You know, there are different eras in all sports such as football, hockey or baseball.  Taekwondo is in a new era.  You can say that this era is good or that the previous one was better, or vice versa.  But the fact is that you have to get used to changes through time. Obviously there are different athletic characteristics that are more important than before;  in the past  the training was based more on preparation, movement , timing , explosiveness , while now, it is very important the flexibility and the  movement. I like the electronic protectors and the video replay system, because I think they make the competition more open, more balanced and more exciting.  A few years ago there were many countries that dominated the sport, however now we see that there are national teams from Central or South America, or from Africa that can beat world champions from strong nations.   You can see in the various open championships, elite athletes that lose in the first rounds.   Last week, while we were in the Canada Open, we saw the Silver and Gold medalists; lose too soon in the Feather Category.  The same happened in Vegas where some favorites in the Fly division lost their combats too soon.    All the teams are very competitive, almost at the same level and that´s very exciting.

The electronic headgears are being tested.  What do you think about this new technology in Taekwondo?

I saw them in action in Florida a couple of years ago, I do not think they are perfect, but I understand the philosophy of wanting to make Taekwondo even more fair, and remove the referees´ subjectivity, but I think there is still a lot of work to do. I don´t  think they are at the one hundred percent level, but maybe in the future they could have the same level as the  electronic protector, and until then, they could be very useful and provide advantages.

Speaking of USAT, we understand that the organization is going through a difficult time presently, what do you think about the situation?

Yes, it’s a difficult time, because there are many political issues that are happening. I think one of the things is the Grand Prix,  which gives the possibility of getting ranking points  and position yourself in the WTF Ranking even if you are not in the national team, and qualify to the Grand Prix or even to the Olympic Games.  That fact makes the situation more complex and complicated.  We also have changes within the Organization as the new CEO and the new coach.  These things are making the situation more difficult for everyone, even for me and my athletes, as well as for other high level coaches.  I am not saying that it is better or worse, it represents a new challenge.

Thank you very much for your time, Juan, and we wish you the best for your athletes and for you.  Would you like to say anything to the Taekwondo community?

I would like to thank you for taking this time to talk to me.   I know MasTaekwondo.com is the leader in Taekwondo information and news around the world, not only in one community but worldwide, so thank you guys for your great work and dedication to the sport.

One thought on “Juan Moreno: "We are excited to continue growing …"”