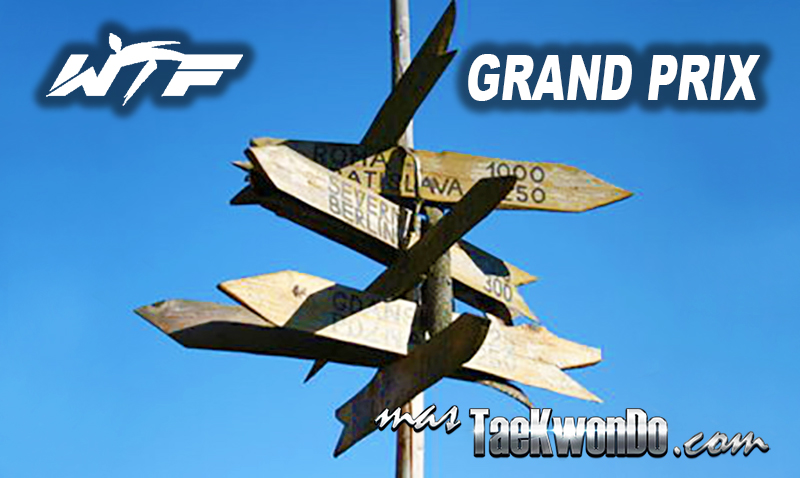 The 25th General Assembly was just a “facade”, since when the subject of the “Grand Prix Series” was discussed, everyone agreed on the different issues related to the GP and no one expressed disagreement and there was no any indication of dissatisfaction.  However, masTaekwondo.com, learned, in situ, from the protagonists themselves (the MNA´s representatives) that there were disagreement and discomfort relating to the dates and places where the GP series would take place.

Sports like athletics, tennis and golf have their own Grand Prix circuits, however they are scheduled in advanced so that the athletes, the national association as well as the organizing committees of the host cities have plenty of time to prepare and make sure that the event is successful.

This situation does not happen in Taekwondo. What seemed at first a great proposal made by a compact hard working group from the Lausanne office is now becoming a headache and the all MNA’s are “cracking their knuckles” because the disorganization commands this project.

The first proposal was that during 2014 there would be two series and a Final and during 2015 three series and a Final.  However, during the WTF General Assembly all the members approved the motion of carrying out “three series and a final” in 2014 and the same for 2015. While on paper the idea seems to be great, it would if it had been made and approved at least a year ago and the preparation in the respective host cities would have started by now.

With much doubt on the part of the Secretariat and the WTF Executive Council during the meeting in recent days regarding the new dates and hosts for this year, the aforementioned was approved without objection.

More evident is the WTF´s loss of direction and orientation, by learning that up to March 2014, there still nothing about the organization of the Grand Prix this year, on the contrary, it would be expected that venues, host cities and organizing committees would be ready by now.

But reality is that the GP Series exact dates for this year are not yet confirmed;  “apparently” the first edition would be in July in Astana , Kazakhstan, a country  which has not organized any major event , but has been given no other that the first edition of the GP Series, something that had been announced as the big marketing launch for Taekwondo and in fact would probably end up being a complete failure .

To make it more complicated for the MNAs, failure on confirming the exact days makes planning a difficult task for each MNA because most of them have to complete bureaucratic processes before government institutions to get funding to travel and if not given the necessary attention it could end up being detrimental to the athletes themselves.

Will the Grand Prix have the expected success?  Or would it end being a nice project but would become a dead letter?