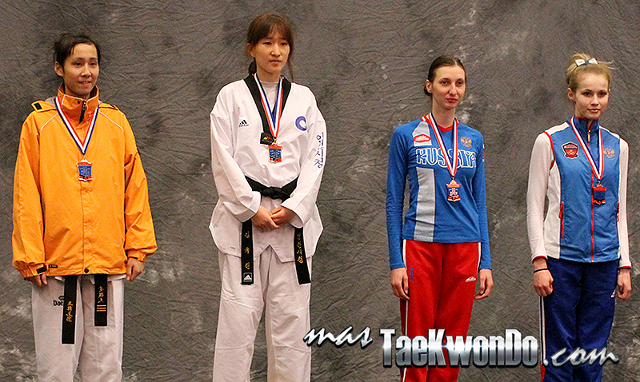 Taiwan’s Lin Wan-ting and Wei Chen-yang each took gold in the women and men’s events, bringing the country’s total gold medal count so far to three after Lo Tsung-jui’s win in a men’s event the previous day, Hsu said.

Also on Friday, Taiwan’s Huang Yun-wen and Chen Huan-yu each won a silver medal, while Huang Cheng-ching grabbed a bronze.

Huang Cheng-ching was rushed to hospital after he was knocked unconscious in a fight against a Russian competitor in the semi-finals but has since regained consciousness, according to Hsu.

The previous day, Wang Ping-shun of Taiwan finished third in one of the men’s events, taking bronze, Hsu said.

Taiwanese athletes are participating in the adult events at the championships mainly to prepare for the 17th Asian Games in Incheon, South Korea, Sept. 19 to Oct. 4, Hsu said.

The Taiwanese team’s outstanding performance so far will give the athletes greater confidence in the Asian Games and even the 2016 Summer Olympic Games in Rio de Janeiro, he said.

Meanwhile, in the junior events that kicked off Friday in Las Vegas, Taiwan’s Yang Tzong-han and Kuo Yi-jun won gold and bronze, respectively.