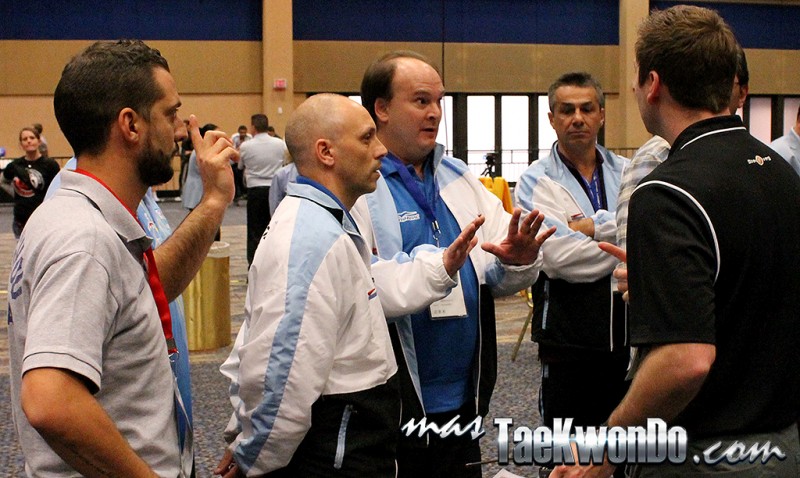 It was the third day of competition at the U.S. Open at the LVH Convention Center Vegas, Nevada, and the combat between the Olympic champion Sebastian Crismanich, Argentina, and the representative of the Russian National Team, Aydemir Shakhbanov was taking place; in the eyes of everyone, there was no favorite.  In the third round the Russian was winning by only one point and the Argentine had scored only three points by a kick to the head.  Crismanich, seeing that the fight was going out his control attacked the Russian with a flurry of actions to the chest, the hits to the electronic protector resounded throughout the convention center however not a single point was scored in the system.

The combat ended with a victory for the Russian, and frustration for the Argentine. Paradoxically the extraordinary moment occurred once the combat had finished.  It was when the central referee wanted to take out the transmitter of the red protector that he could not hide his surprise by realizing that the Russian athlete had done the combat without any transmitter.

Immediately the Argentine coaches and leaders approached the Jury to claim at such irresponsibility from the area referees, while the Russian athlete and his coach quickly disappeared from the scene.

You may wonder how the combat was carried out considering that if there is a malfunction, the system immediately sends an indication.  On the other hand, this situation could have been avoided if the pre test usually performed before each combat would have been done.

The answers are the following: As understood, the pre test was not performed arguing that they wanted to speed up the flow of competitions.  On the other hand the system did not detect any malfunction because the transmitter was active but…. in other protector used in the previous combat and at the time of the problem, lost nowhere in the huge venue.

Before this situation the referees of this area tried to minimize the problem and continue the development of the competition.  However, seeing the insistence of the Argentine representatives, other referees and official got involved in the scandal. 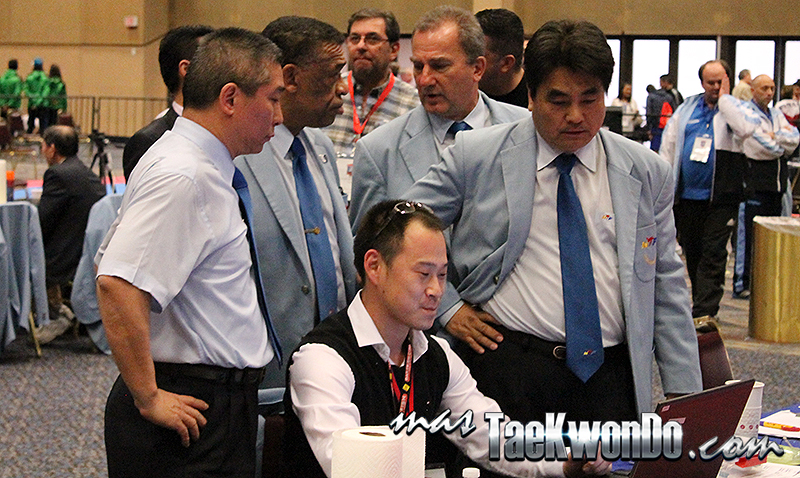 Ji Ho Choi, himself, president of the Pan American Taekwondo Union, had to check each of the twelve competition areas looking for the missing transmitter.  Very distressed he told masTaekwondo.com:  “I am very sad about what happened, because in my vast experience as Technical Delegate at events of all kinds, I´ve never been through a similar situation.”

Given the unsustainability of the situation, the resolution of this serious error, which by the way occurred in a WTF sanctioned G-2 event, was to carry out the combat once again, something rarely seen in the history of our sport. The reluctance of the Russian coach was clear claiming that they were not responsible for the error and therefore not guilty of such a scenario. As informed by masTaekwondo.com, the previous day, there was a problem with a Russian athlete who was using fake sensing socks (See:Fake sensing socks, “What happens in Vegas stays in Vegas“), a fact that unconsciously  aroused suspicion on the Russian team, which, in our opinion, had no liability this time.

The Russian coach refused to repeat the combat arguing that his athlete had suffered an injury.  However, Choi requested a medical examination resulting that the Russian athlete was in good conditions to compete.

Thus the Argentine and the Russian were called but due to the fact that the Russian did not show up, Sebastián Crismanich was declared the winner.

“I was regretfully forced to expel two good international referees, who with the desire to speed up the competition process, ended up damaging an athlete.  I hope this situation will not happen anymore anywhere for the benefit of our sport” said Ji Ho Choi, during his talk with masTaekwondo.com.

Neither the detection of the fake sensing socks nor this specific situation, were isolated events, since the U.S. Open (G2) was full of irregularities which would take us hours to individualize one by one, but we understand that is a major setback  for this event that had regained much international prestige in the previous editions.

If the Argentina team would have not protested the way they did, everything would have run its course and Crismanich would have lost the fight.  Our question to close this unfortunate chapter is:  Should this situation be taken lightly? Because while it may have been an accident, there was a clear intent to hide what happened and continue the development of the competition as if nothing had happened. 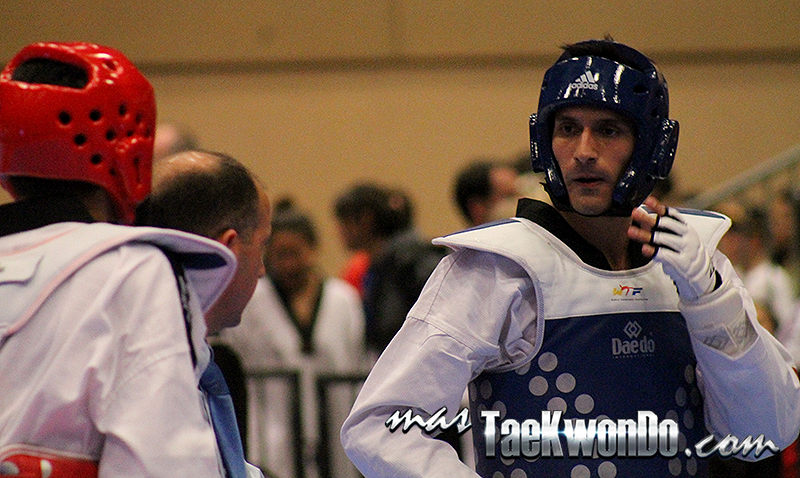 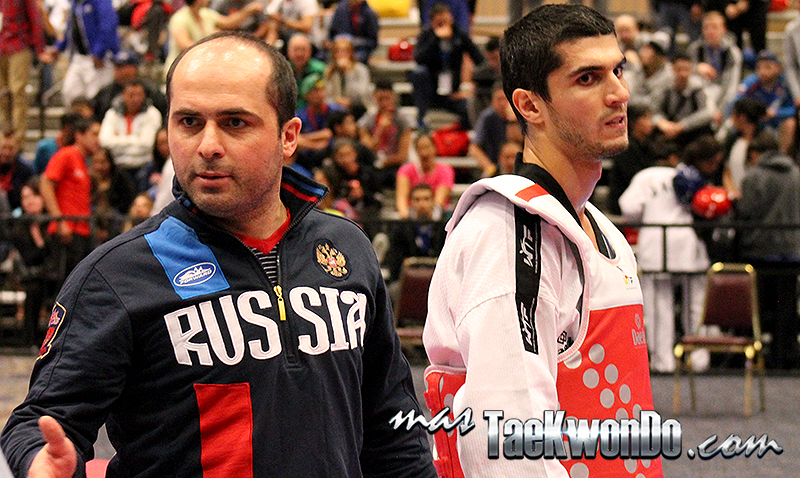 5 thoughts on “Scandal at the U.S. Open: Crismanich fights against a body protector without transmitter”