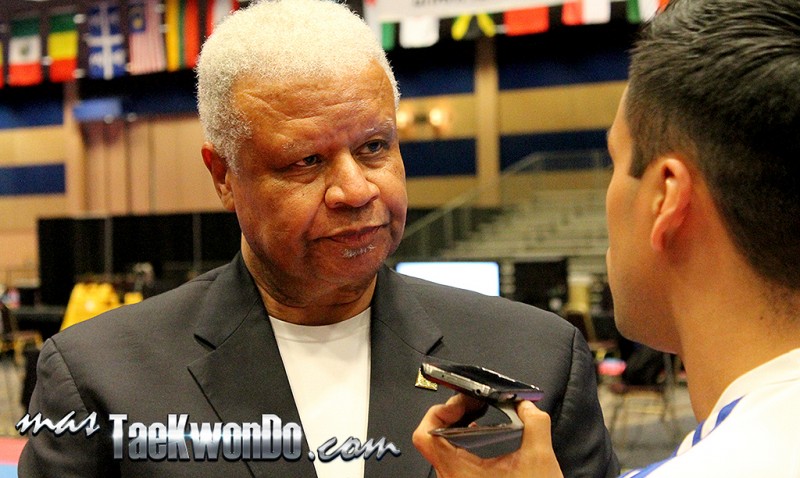 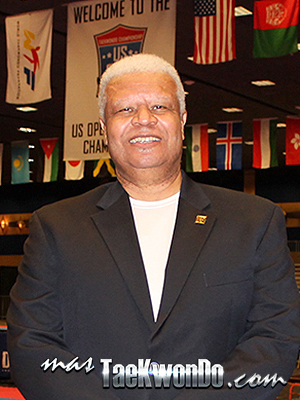 Tell us about the present situation of USA Taekwondo and how the organization has evolved since you became CEO.

It’s early to talk about this, because we are in a trial period for three months, but the memberships have increased and the participation of athletes has grown to such a level that we had 420 competitors at the National League of Chicago last year, exceeding the 250 in the previous year.  It´s important to mention that this year´s U.S. Open has more athletes than the previous version, even though we removed the categories of less than 12 years and ultra.  We have representatives from 74 countries.  We are stepping forward but as I said it is too early because we plan to further increase the licenses and organize many more competitions.

Speaking specifically of the U.S. Open which is G-2, it is a good thing for the United States and the Pan American region.  How did you prepare for this event?

One of the things that we did was to invest in equipment to be able to have two cameras, two monitors and the Dartfish systems for each of the twelve areas. We also incorporated the electronic callings system for each fight, something completely new in the US Open competitions.

The International Referee Seminar and the Refresher Course were held just before the U.S. Open Competition.  What can you tell us about that?

I’m very happy that we were able to carry out the Seminar and the refresher course. We hope we can do it more often as there will be many changes in the competition rules.  I am honored to inform you that I have been appointed to be part of the WTF Technical Committee and I am sure there will be new things to come.

I would also like to highlight that during this U.S. Open the Electronic Headgears will be tested; this tool will help the referees during combats and represent an evolution of Taekwondo.

On the other hand, despite the bad weather on the east coast, we had around 120 participants attending the course given by Chakir Chelbat, Chairman of the WTF Referee Committee, with very good comments and feedback.

For almost forty years, I have been involved in Taekwondo. I owned a club, I was a Taekwondo coach, I was an Olympic Referee, I was involved in the U.S. Taekwondo military program, so for me it is a great opportunity to give back a little of my experience towards the development of Taekwondo, not only for a region, but worldwide.  I want to help improving Taekwondo, so that when I retire it will be much better than when I started.

What are your goals as part of the WTF Technical Committee?

We want Taekwondo to be clearer and more transparent for all athletes and this leads to constantly review the rules, perhaps changing the scoring system to improve the agility of the combat and make it more attractive for spectators and thus having more media attention and public attention hopefully becoming as popular as soccer.

Are these changes coming soon?

These proposals are to be sent to the General Assembly of the WTF, which will be held in Taipei China, so they can be used within this year and thus be ready for the Olympic Games Rio 2016 .

Thank you for this interview Mr. Harris.

Thank you and congratulations for the work you do.